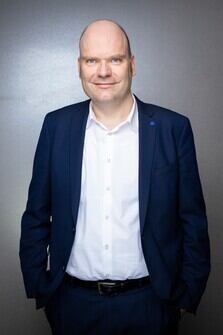 Where are the Demonstrable Successes of the Interplay between Politics and Science?

This is a question that must be included in any keynote address for future research funding. The field of science in Germany had just proved its value to society in an impressive manner, and then the unexpectedly rapid development of the vaccine was announced.

However, this reasoning is too simple for me. What would have occurred if the Mainz-based company Biontech had not been at the forefront of research the way that it was? Would society then have considered this a sign of insufficient efficacy on the part of the German research community? What’s more – is Biontech’s success simply the direct result of public funding for science institutions – or are there different, multi-faceted factors at play? Is the German-developed vaccine perhaps rather a story of a success that took place despite all the obstacles placed in its path? This question should be considered with a view to the much complained-about and often insufficient transfer between science and business or between science and society.

Whatever people may understand “science” to be, many of them conclude that it indeed played a significant role in combatting the pandemic. We tend to wish to agree immediately with this statement, especially if we listen to our “gut feeling” regarding the subject.

Having said that, how can we prove this statement to be true for science in Germany? Where are the demonstrable successes of the interplay between politics and science? Has the interplay of the various disciplines from virology to medicine right up to social and education science really worked out as well as it could have? What has university medicine actually achieved in concrete terms? Furthermore, what have governmental research institutions such as the Robert Koch Institute managed to achieve?

Fundamentally, and viewed from a global perspective, it is certainly correct to accord science a central role in what has occurred over the past year and a half. However, with that in mind, we should not oversimplify things when looking specifically at Germany and in generating conclusions for the period following the pandemic.