You Are Here: University Mission (Impossible?): From Role Model to Supermodel 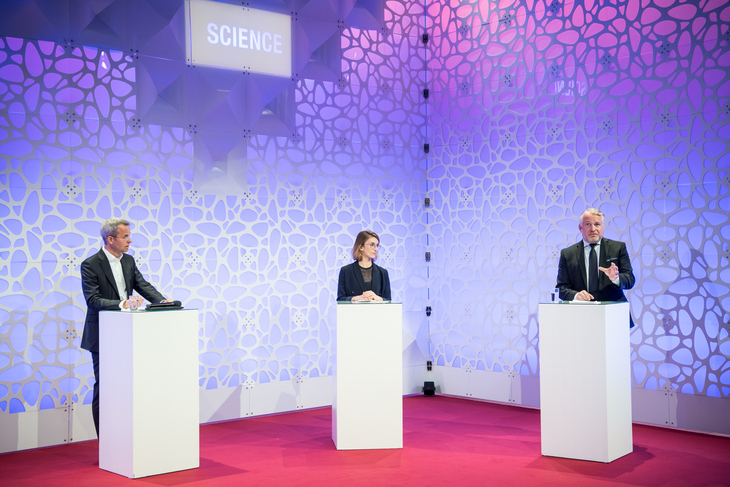 If the university wants to be a role model and even a "supermodel" for innovation, it must open up, think, and act "outside the box". It must be able to give space to happy coincidences and at the same time create reliable framework conditions for researchers and students. What does this mean for the university, then, if we think of it as the "box"? How can the institution shape research and teaching for the future? How can it make an impact that is locally embedded and internationally networked? 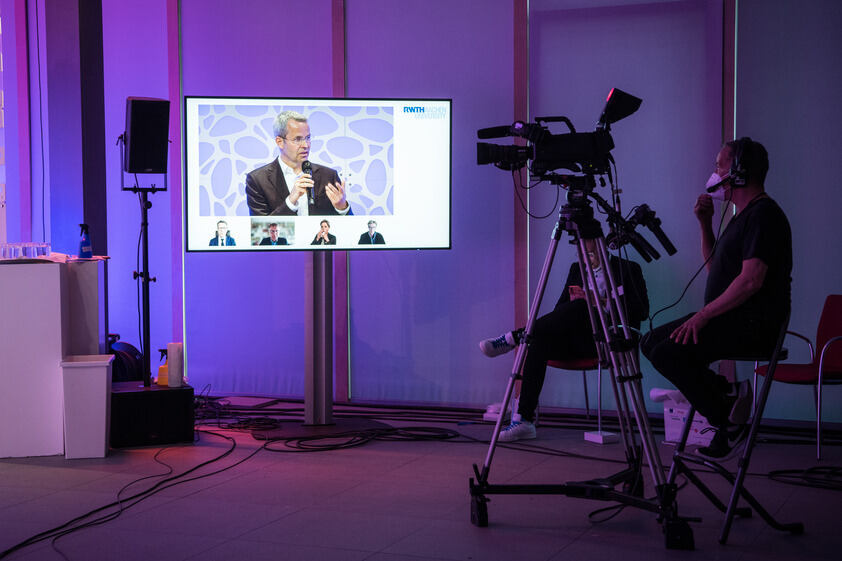 Perspectives from inside the "university box" and from outside, including from business and the arts world, were featured by RWTH Professor Malte Brettel and Dr. Anne Schreiter in the panel "University Mission (Impossible?): From Role Model to Supermodel". They spoke with Professor Rianne Letschert, Rector of Maastricht University, with foundation representatives Dr. Georg Schütte (Volkswagen Foundation) and Dr. Wolfgang Rohe (Stiftung Mercator), as well as with Stefan Hilterhaus, Artistic Director and Managing Director of PACT Zollverein, and Professor Thomas Girst, who heads the Cultural Engagement department at the BMW Group.

Dr. Georg Schütte first took a look at his surroundings: Universities have a global responsibility as international players in teaching and research, in the development of key technologies, but also as drivers of social cohesion and as role models for intercultural understanding.

At the same time, however, universities are of course regional players that are connected with local conditions and residents. This also includes taking advantage of the opportunity to generate knowledge together with non-university actors, as in the case of structural change in the former lignite mining region of North Rhine-Westphalia, for example.

Universities succeed in resolving the tension between the poles of local embedding and international networking if they manage to make knowledge scalable: "Answers should be found in local, but have to be scalable to global contexts."

But what are universities actually, what is in the "box"? Wolfgang Rohe sees universities as characterized by two crucial components: They are people (a community of people) who, with their curiosity, collectively make a university a place of research and learning. In addition, universities are places of knowledge production – the way in which knowledge is generated has always changed.

Universities, therefore, have great potential to change not (only) because of external influences, but from within. The so-called third mission plays a role in this, but it should not be seen as an area detached from research and teaching, according to Rohe. 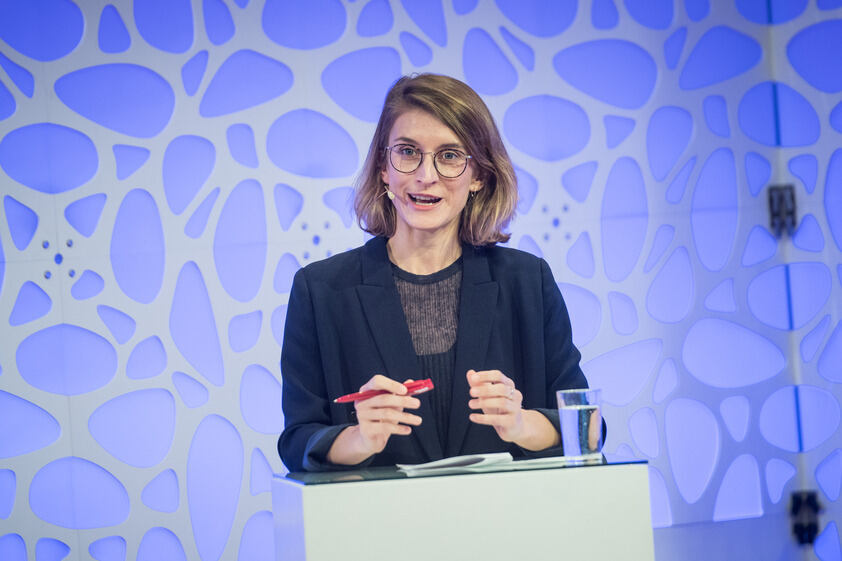 Research and teaching as the two supporting pillars of universities are supplemented by the third field of action of the "third mission", which relates to innovation and transfer. According to Rianne Letschert, this third pillar also includes the social impact of research and teaching. According to the presenters Professor Malte Brettel and Dr. Anne Schreiter, the requirements and tasks that can be assigned to this concept "play a decisive role in making the world a better place." 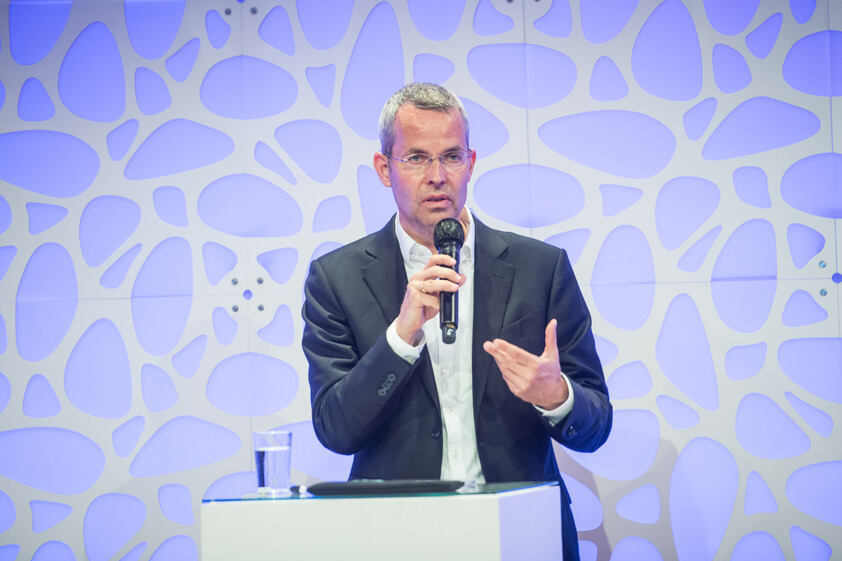 Rianne Letschert made a particularly strong case for teaching from her university's perspective: "In order for universities to keep meeting rapidly changing demands in society, we need to drastically and fundamentally change the way we recognize and reward our academic staff."

The fact that academic career paths are still predominantly dependent on research output is, in her view, unhelpful. Letschert advocates equal and diverse career paths in research and teaching.

Since it is foreseeable that even after the pandemic, "virtual learning" and new formats will be expected as a natural requirement, there must be better incentives and recognition systems for committed and, above all, well-trained university instructors. However, not everyone can and should necessarily cover all areas; there is no "one size fits all supermodel".

Early-career researchers, in particular, should have the choice to focus more on research or teaching early on.

Universities should perceive and use "functional serendipity" and space for experimentation as strengths.

Letschert recommended that students see a university as a place where they can not only prepare for their (sometimes uncertain) professional life but above all, get to know themselves with all their interests and talents – if universities manage to provide the right environment for this, the university will also remain relevant as a place. 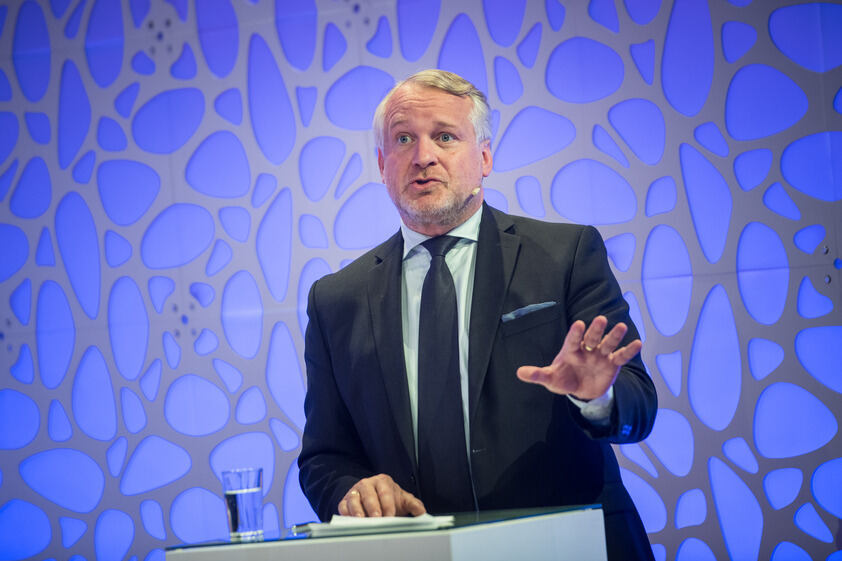 Professor Thomas Girst supported the approach of seeing universities as places of guided trial and error, which thus offer space for "functional serendipity," i.e., structurally enabled happy coincidences. Universities should therefore encourage students to look beyond their own field of study, to take a mental detour or two, and to even be open to that which is seemingly unimportant. Quoting Nitzsche, he also appealed to the students themselves to always remain mentally agile and interested and to also accept supposedly non-target phases of learning: "In order to be lightning, you have to be a cloud for a very long time."

Girst recommended that universities design the academic environment in such a way that failure is also possible – but also the "functional serendipity" mentioned above. It is precisely the soft skills associated with this that will be increasingly in demand in industry in the future. Like hard skills, they should be learnable in the protected environment of universities.

Innovation arises at areas of contact: Art can inspire new forms of knowledge production at universities

Stefan Hilterhaus advocated that universities should reach out and promote dialog with non-university places and actors for such a self-image – especially if these places and actors initially appear very different.

Using the example of the connection between BioTech and art, which PACT Zollverein made possible, he observed a great curiosity and mutual interest for this venture. Interacting with art forms, universities can then experience things from a completely different perspective and rediscover for themselves what should not be foreign to them either: embracing cross-disciplinary approaches, questioning routines, and constantly recalibrating what knowledge is really relevant.

In response to the question of what project he would propose to RWTH in order to make these ideas practically tangible, Hilterhaus devised a Center of Advanced Curiosity as a "huge social space for conferences, coffee, and cooperation."

The panel agreed that universities need to open up more to social issues and contribute to public discourse in order to make our world a better place.