Dr. Philipp Rösler, Federal Minister of Economics and Technology, visited the "bitstars" fair stand at "Junge IKT-Wirtschaft: Gründen – Investieren – Wachsen“ in Berlin. The RWTH Department of Computer Science's stand took shape with the support of the RWTH Aachen Entrepreneurship Center under the direction of Univ.-Prof. Dr.rer.pol. Malte Brettel. It is funded by EXIST, the Existence Entrpreneurshop Program of the Federal Ministry of Economics and Technology and the European Social Fund, ESF. 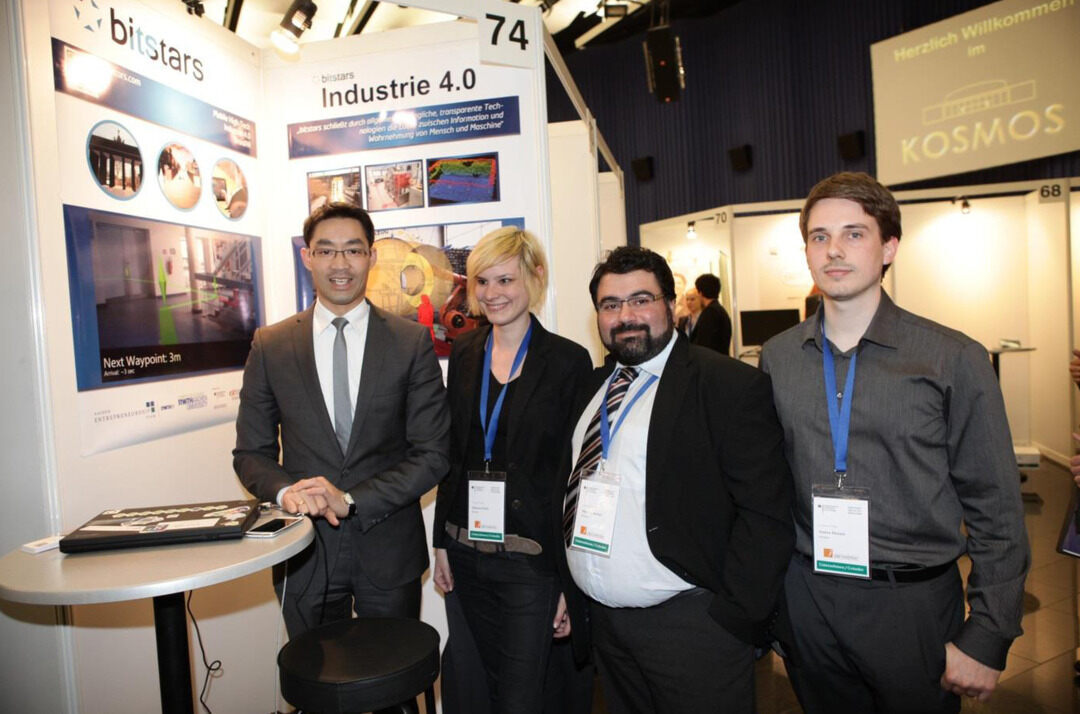 The company "bitstars“ works on mobile high-tech products for the production industry. Their current focus is on textile machines and the production of "Industry 4.0". Rösler had the "Industry 4.0" topic explained to him and discussed collaborative possibilities with partners in the industry.

"With our technology we want to close the gap of information and perception between humans and machines”, explained RWTH graduate Diplom-Informatiker Mostafa Akbari, one of the three founders of "bitstars". Using the solution, developed in Aachen, employees from a company will be supported in a targeted manner during maintenance work on machines. Production in high-wage countries can be increased through so called ambience instructions.