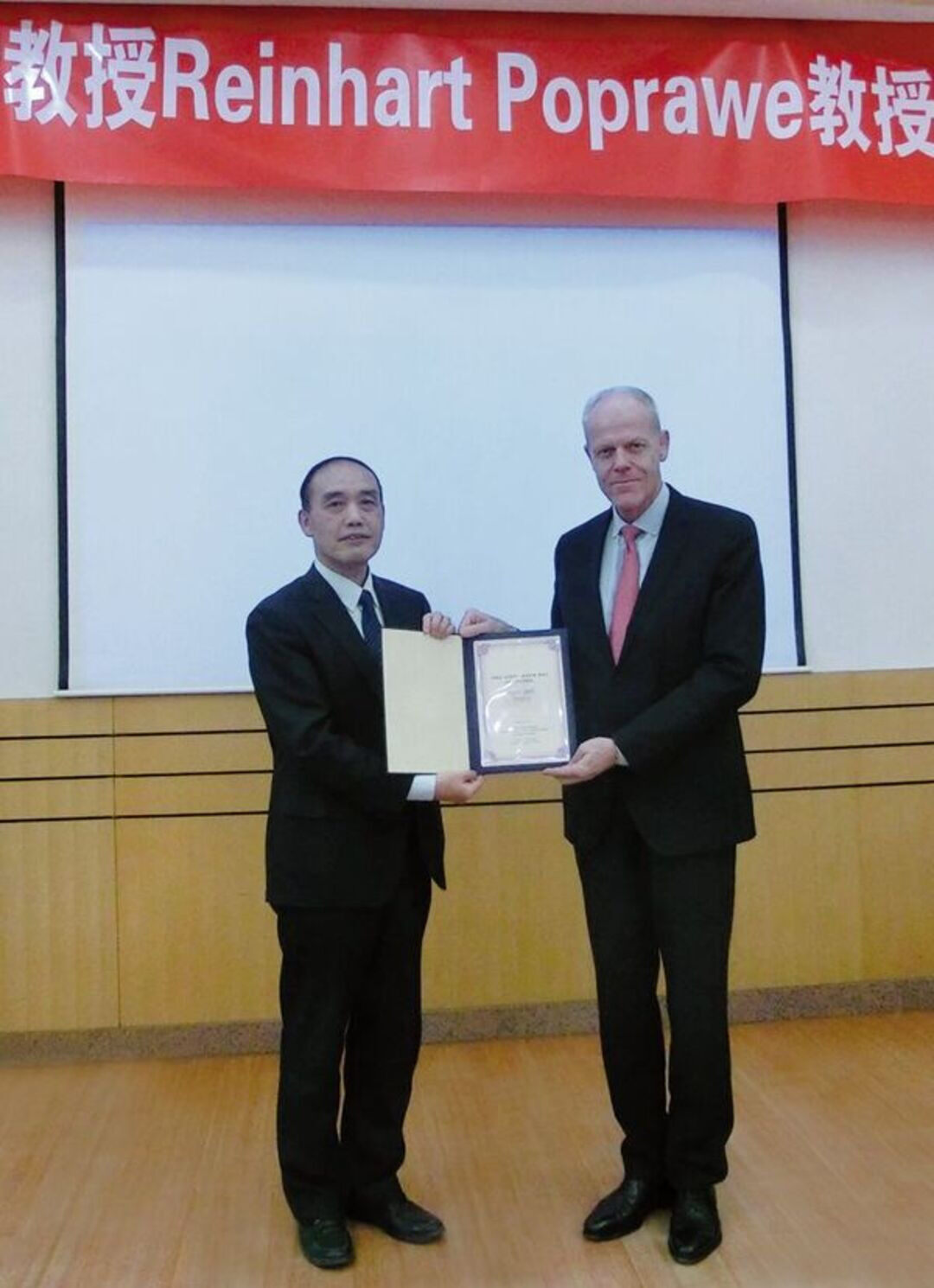 Tsinghua University is one of the most renowned and research-intensive technical-natural science universities in China. As part of the award ceremony, Professor Poprawe held a talk on Laser Additive Manufacturing – The Vision of 3-D-Printing at the Department of Precision Instruments. Aside from 40 students and professors from the Faculty of Mechanical Engineering, the Dean and representatives from the Germany Embassy and the German Academic Exchange Service, DAAD, also participated.

As RWTH Rector's Delegate for the People's Republic of China, Professor Poprawe has been involved for many years in the collaboration between the Aachen university and Tsinghua University. He is the patron of the strategic parternship between both universities, which has been funded by the DAAD since 2013. Its goals include promoting the mobility of scientists and administrative staff as well as better visibility for RWTH in the international research landscape.

An important foundation for participation in this DAAD program included intensive contact between both partner universities in research collaboration for an extended period as well as the "RWTH – Tsinghua Double Master's Program“ in mechanical engineering with a total of 500 graduates since its start in 2001.