You Are Here: RWTH Aachen Conference on Rail Transport a Big Success

At the focus of the 1st International Railway Symposium in Aachen were topics from digitalization to noise reduction. 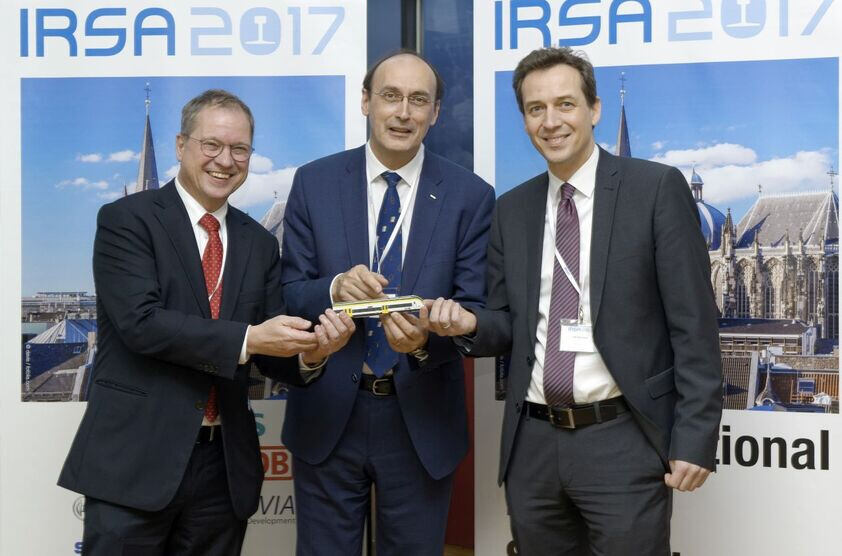 The demanding tasks in rail transport are increasingly being tackled by interdisciplinary teams composed of engineers as well as experts in the natural sciences. The international symposium covered the entire spectrum of related topics and attracted 200 participants from more than 15 different countries, including a variety of representatives from research and industry. In his welcome address, NRW State Secretary Dr. Hendrik Schulte emphasized how important rail transport is in trying to solve the traffic problems of the Federal State. Following this, keynote speeches were presented by Dr. Jochen Eickholt, Siemens AG, Henri Werdel, Chemins de Fer Luxembourgeois, and Hans-Peter Lang, DB Systems Technology.

Topics of the Symposium were, among others, digitalization and its potential for increasing the safety and reliability of motor vehicles and the related infrastructure. One focus was placed on establishing assisted, automated and autonomous driving, from which new or improved operational concepts can be derived. Another core subject was the reduction of CO2 emissions, to which rail transport has contributed to a great extent. New ideas in the fields of power electronics, drive and storage technologies as well as innovative lightweight design, which are able to provide ways to significantly save energy and reduce emissions were also discussed. Finally, the topic of noise reduction also played an important role.

Encouraged by the enthusiastic response, the organizors are planning to again host this event – the 2nd International Railway Symposium Aachen – in November of 2019.