The Canadian and German higher education institutions agree to collaborate in research. 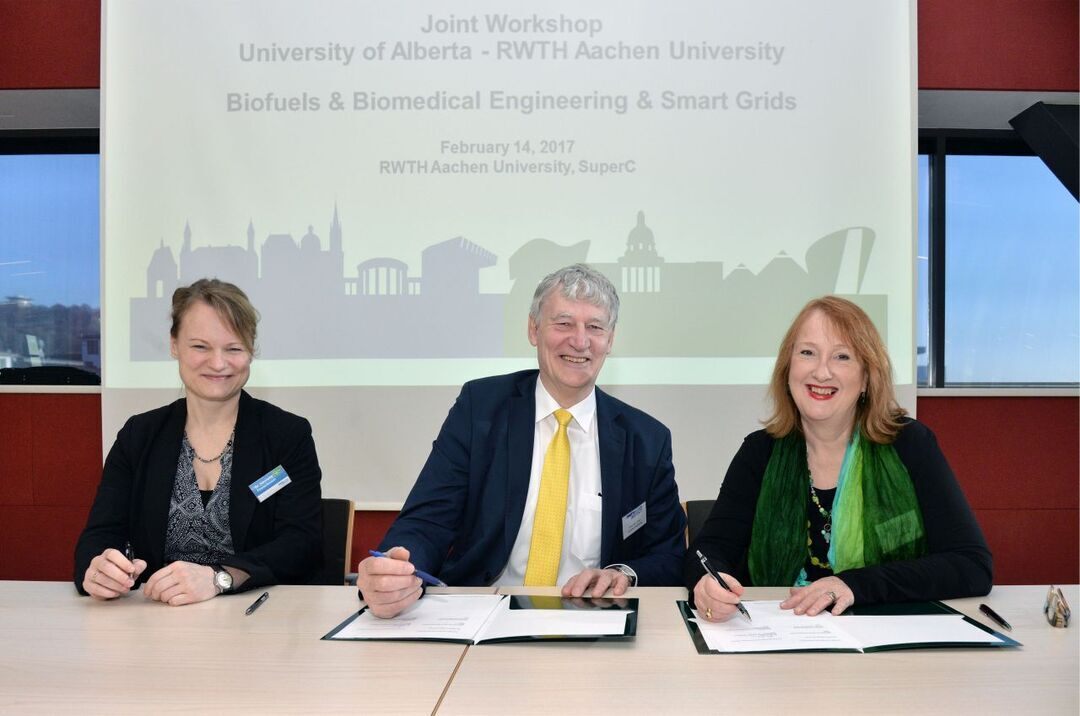 It is a first step towards a fully-fledged strategic partnership: earlier this week, researchers from the University of Alberta, Canada, and RWTH Aachen agreed on joint research activities in the fields of medical engineering, biofuels, and energy supply.

Furthermore, the Asssociate Vice-President of the University of Alberta, Britta Baron, and RWTH Rector Ernst Schmachtenberg signed a memorandum of understanding between the universities. “We have great ambitions. By joining forces, we can achieve higher international visibility,” said Ernst Schmachtenberg.

RWTH Aachen has established a similar collaboration with Tsinghua University in Beijing and IIT Madras in Chennai, two higher education institutions ranked among the top universities in Asia. As part of a Canadian higher-education initiative not unlike the German Excellence Initiative, the University of Alberta was recently selected to receive government funding. Moreover, the both institutions emphasized that the partnership is fully aligned with their respective internationalization strategies.

The collaboration will go beyond joint activities in research – students can expect to benefit from the new partnership as well, as exchange programs and internship opportunities are currently being developed for students and doctoral candidates. In late March, another delegation from the University of Alberta will visit RWTH Aachen to discuss and agree on joint objectives for collaboration in computer science and informatics.