"WZL is Fully Able to Perform its Function"

One week after the fire and the destruction of a machine hall at the Laboratory of Machine Tools and Production Engineering, its directors and employees are positive that all research projects can be fully resumed. At a press conference on February 11, the WZL directors are looking ahead with optimism: As Professor Günther Schuh put it, “WZL is fully able to perform its functions.” This statement is of particular interest to industrial partners – now they know that work on their projects can continue, even if sometimes under special conditions and by reverting to improvised solutions. The 150 employees who worked in the destroyed hall are currently working in other facilities. In total, WZL has a staff of 800, who are located in different buildings. 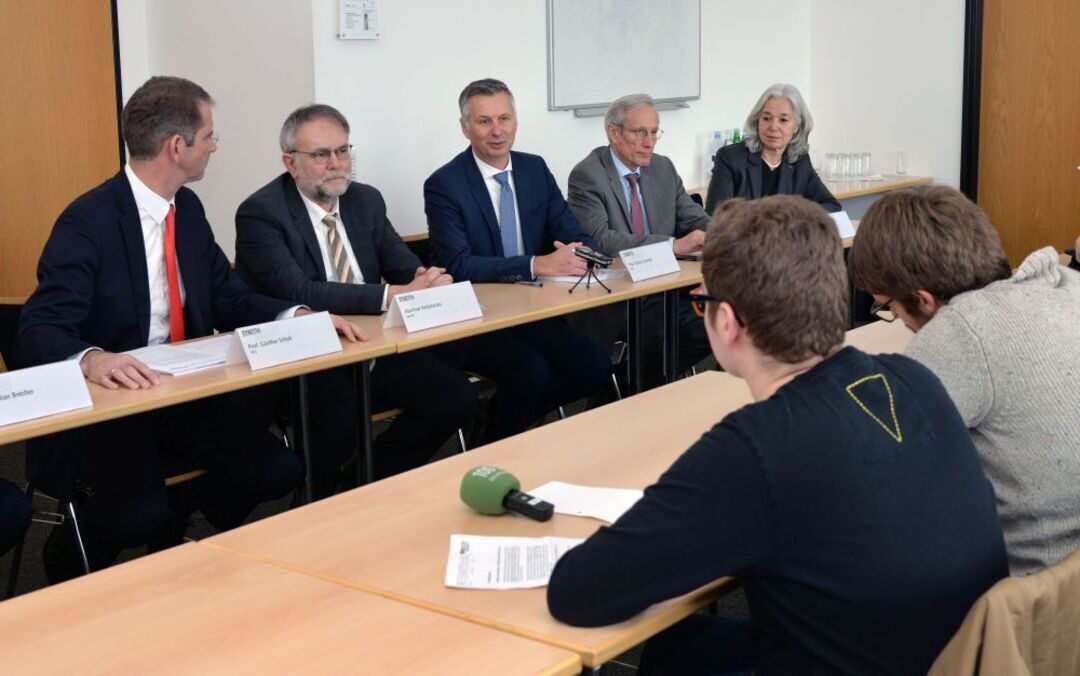 © Andreas Schmitter One week after a fire destroyed a WZL machine hall, RWTH Chancellor Nettekoven and the WZL directors held a press conference.

Christian Wirtz, doctoral candidate at WZL, expressed his consternation about the fire, which largely destroyed his research results. But just one day after the fire, he and his colleagues were already trying to find solutions to the problems at hand: “There’s no one who wants to give up. We’re all ready to pull together and improvise,” said the 28-year old reseacher.

Despite the great loss, the institute directors are looking into the future with great optimism. The crisis task force is in full swing, taking up the challenge with enthusiasm and determination.

RWTH Chancellor Manfred Nettekoven and the WZL's directors, Professors Günther Schuh, Fritz Klocke, Robert Schmitt, and Christian Brecher, expressed their gratitude for the great support they received over the past week, as several institutions had offered to provide substitute machines, lab equipment and office space. Not only RWTH institutions, but also many research and industrial partners from all over the world offered their support.

Planning for new facilities is already underway. The costs for a new machine hall are expected to be in the range of 30 to 40 million Euros, while the costs for rebuilding the research infrastructure range from 60 to 70 million Euros.

The institute’s staff members have already started to resume their project work and to reconstruct the attendant experimental setups. As Günther Schuh states, “The most important factor for our work has not been lost: the knowledge in our minds.” However, a funding gap of about 30 to 40 million needs to be closed, as the research equipment was insured up to 30 million Euros only.

Against this backdrop, Professor Schuh announced the institute’s plans to establish a WZL Foundation, which can accept the offered donations to rebuild and extend the infrastructure of WZL.

For many decades, WZL has been widely known around the world for groundbreaking developments in machine-tool technology and production engineering. Thanks to the engagement of its highly motivated staff, it will be able to keep its innovative edge in the future.