You Are Here: 2015 Leonardo Lecture Under the Patronage of RWTH Aachen Rector

2015 Leonardo Lecture Under the Patronage of RWTH Aachen Rector 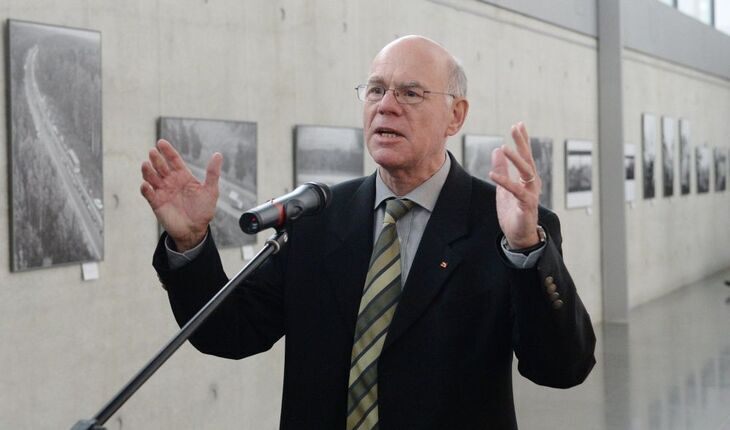 Bundestag President Norbert Lammert will be speaking on "The New German Question - What Responsibility Does Germany Have in Europe and the World?" on January 23, 2015, at 6:30pm in Fo2, Kármán Auditorium at RWTH Aachen.

Germany has always played a particular role in the integration of Europe: in the beginning as a partner, whom was reincorporated into the European community of states and simultaneously controlled by it, and later as the alleged "purser" of the EU budget. German has been perceived as the politically and economically leading power in the EU for many years, a power that resides at the top of an (executive-biased) "core Europe." For Oxford historian Timothy Garton Ash, this results in the "New German Question," how Germany's leading economic role can and must be combined with a leading political position. For similar reasons, the British newspaper "The Times" selected Federal Chancellor Angela Merkel as the "2014 Person of the Year," stating that she helped the west focus on what it values most.

For observers Germany occupies an ambivalent role in world politics. It is too small for active power politics in the world but too big to not have influence on Europe's fate. It appears to be too powerful and influential to only comment on world politics (Walter Steinmeie), but much too vulnerable to occupy a clear leading role in Europe. There is apparently no give spot for Germany in the European order. German politics are faced with answering the following questions so that Germany can find its place in Europe. What understanding of its role does Germany currently represent and what role does it want to occupy in the European Union? What role conflicts and rivalries develop, especially in relation to other big EU member states? What corrections need to be made to this role and to the perception of Germany within the EU? How strongly will German European politics shape the future of European integration?

During his visit to RWTH Aachen Bundestag President, Norbert Lammert, will speak on how this can be achieved in the current state of affairs and its sensitive questions and problems and what role the Bundestag should and maybe needs to play. His lecture is targeted towards the public. Univ.-Prof. Dr.-Ing. Ernst Schmachtenberg, rector of RWTH Aachen, and the Leonardo Project, cordially welcome you to attend.