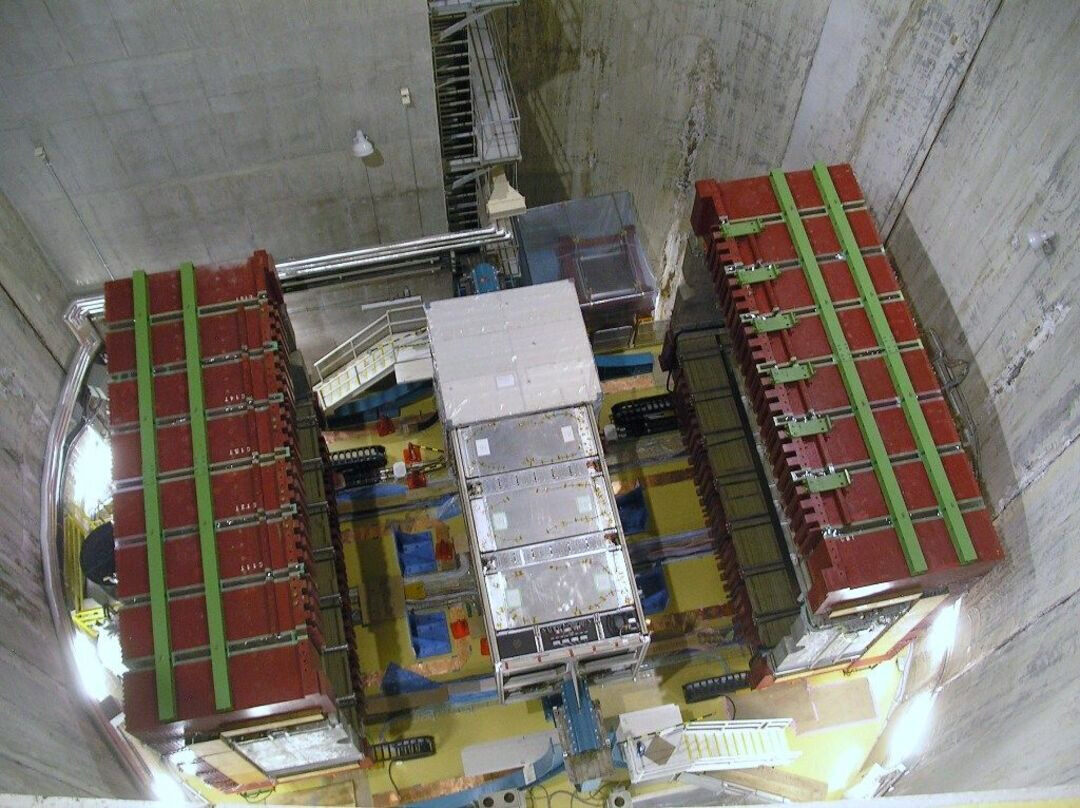 © RWTH Chair of Experimental Physics III B The picture depicts an overhead shot of the detector from the T2K experiment in Japan, which determines the make up of neutrino beams.

In the T2K experiment in Japan, a muon neutrino beam is produced in the Japan Proton Accelerator
Research Complex, called J-PARC, located in Tokai village, on the East coast of Japan.
The neutrino beam is monitored by a detector complex in Tokai and aimed at the gigantic Super-
Kamiokande underground detector in Kamioka, near the West coast of Japan, 295 km away
from Tokai. An analysis of the data from the Super-Kamiokande detector associated with the neutrino
beam time from J-PARC reveals that there are more electron neutrinos, a total of 28 events,  than would
be expected without this new process.