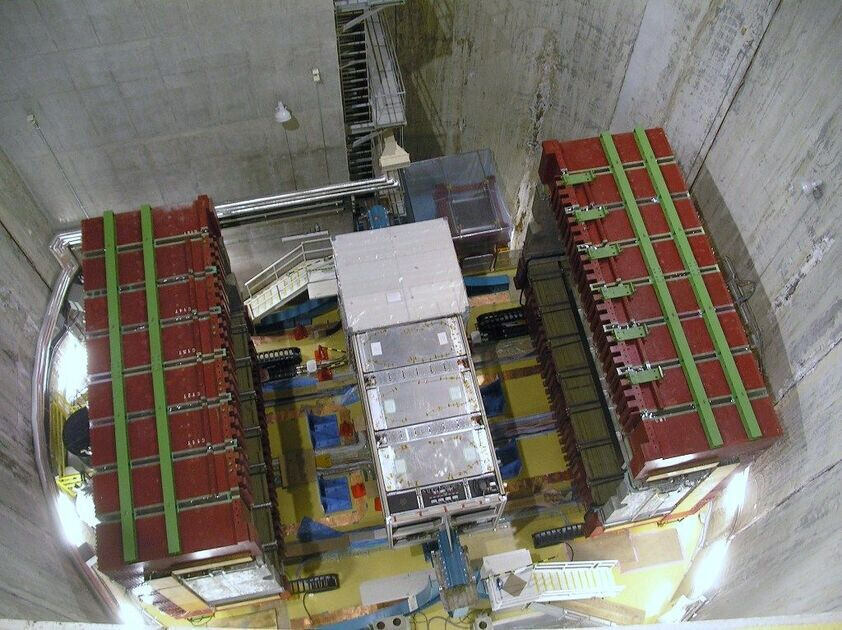 Copyright: © RWTH Chair of Experimental Physics III B The picture depicts an overhead shot of the detector from the T2K experiment in Japan, which determines the make up of neutrino beams.