You Are Here: Wolfgang Thomas Says Goodbye as Chairman of RWTH Aachen's Senate 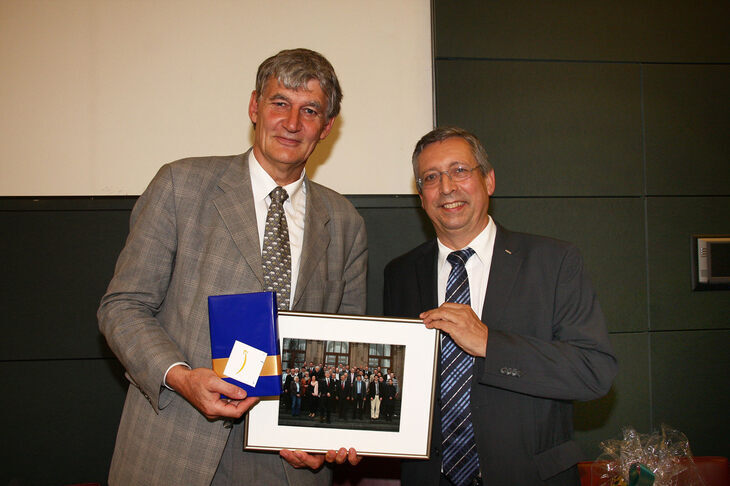 After four years as Chair of the RWTH Aachen Senate, Univ.-Prof. Dr. Dr. h. c. Wolfgang Thomas is now saying goodbye. Rector Ernst Schmachtenberg thanked him in the name of the university for his involvement and effort. Wolfgang Thomas is Chair of Computer Science 7 (Logic and Theory of Discrete Systems). He studied mathematics, physics, and philosophy at the University of Freiburg, and completed his doctoral and postdoctoral studies there as well. He first began at RWTH Aachen University in 1982. Thomas switched to the University of Kiel in 1989 and finally returned to RWTH Aachen in 1998.