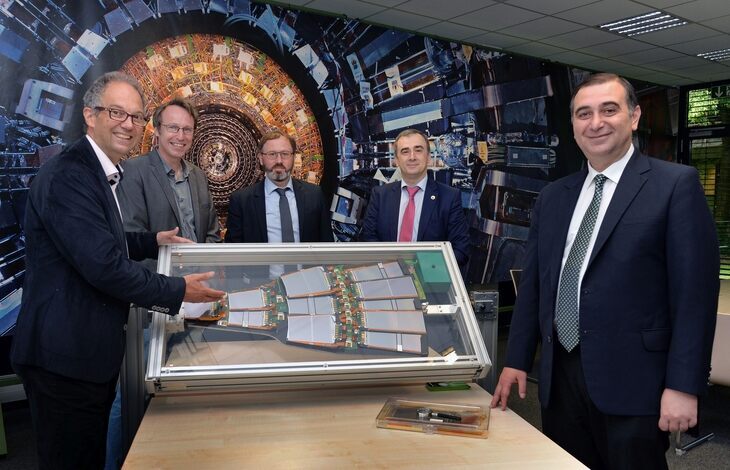 The Georgian-German Science Bridge, a collaboration between the three universities in Tiflis, the Nuclear Physics Institute at Forschungszentrum Jülich, and the 3rd Institute of Physics at RWTH Aachen, arose in recent years.

Chkhenkeli installed so-called SMART labs in Georgia, which support the cooperations. SMART stands for science, medicine, applied research, and technology. Scientists in Georgia are contributing to projects at the Forschungszentrum and RWTH, while these insitutions regularly host SMART lab members, contributing to their training and ensuring the international competitiveness of the groups.

Why has antimatter disappeared from the universe?

The cooperation with RWTH is currently focusing on elementary particle physics. Researchers are searching for the differences between matter and antimatter to explain why antimatter has disappeared from the universe. The objective of the visit was to discuss expanding the cooperation into new fields – particularly medical physics. In medical physics, methods of elementary particle physics research are used in radiation therapy for cancer. A national radiation center is to be created in Georgia, where the research results can be implemented. The center would also be available to the Aachen scientists to run tests.