You Are Here: The Engineer Who Is Reaching for the Stars

The Engineer Who Is Reaching for the Stars 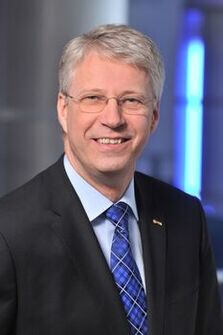 Thomas Reiter will be honored with the Aachen Engineering Award. He has spent more time in space than any European astronaut.

"Like no other German engineer, Thomas Reiter symbolizes the departure into new and distant worlds – the adventure of research!” said Professor Ernst Schmachtenberg, rector of RWTH Aachen. On Friday, September 9, during a celebratory event at Aachen City Hall, Reiter will be awarded with the Aachen Engineering Award. The next day, we will give the keynote speech at the University’s Graduation Celebration in front of about 5,000 participants.

The Aachen Engineering Award is an honor jointly awarded by RWTH and the City of Aachen – with the kind support of Sparkasse Aachen as the primary sponsor and that of the Association of German Engineers VDI, which endows the award.

The award is annually presented to an individual who has made a significant contribution to the positive perception or further development of engineering with their life’s work. Furthermore, the awardee should serve as a role model for young people, as did the award recipients of the last two years, Professor Berthold Leibinger, partner at TRUMPF GmbH, and Professor Franz Pischinger, founder of FEV GmbH.

"On the one hand it's about engineering impulses for technology and the economy, but on the other hand it's also about the recipient's personality and his work for our society. When engineers move the world – which is our natural assumption here in Aachen –, then awarding the astronaut and engineer Thomas Reiter is certainly hitting the nail on the head," explains Aachen's lord mayor, Marcel Philipp. 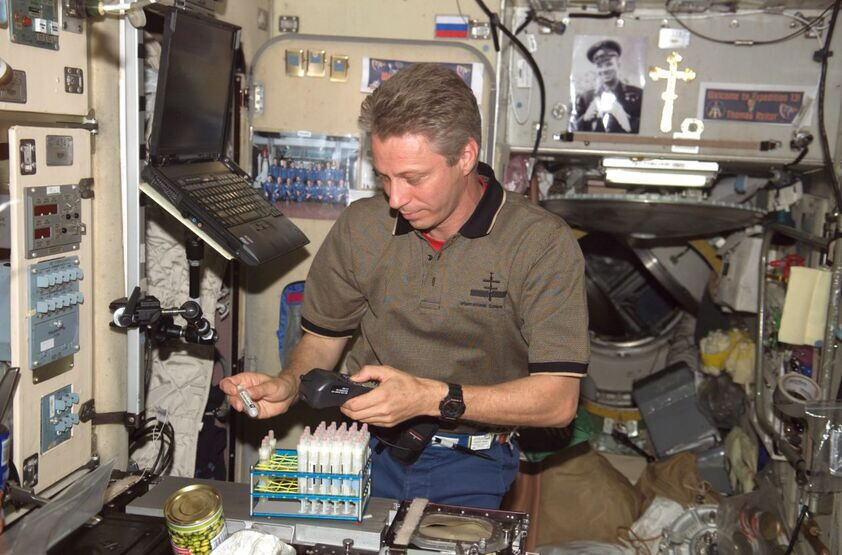 A Special Kind of Engineer

Reiter is a special kind of engineer indeed. The stories of his missions are fascinating. “The impressions you get in space are so overwhelming that they stay with you for the rest of your life,” says Reiter. He tells of the light blue of the atmosphere, the sunrises and the sunsets. “Seen from space, our planet is infinitely beautiful. I would not want to miss one second of being up there.”

As Reiter reports, it was always his aim to spark enthusiasm in young people for his profession as an engineer. “I still feel the enthusiasm like on the first day”, he says.

Already as a young boy, Thomas Reiter wanted to become an astronaut. Of course – is there a boy who doesn’t? While such a dream most of the time does not come true, and the small boys grow up to become tax advisors, carpenters, or electrical engineers, Frankfurt-born Thomas Reiter held on to the dream: first, the ardent glider pilot, who spent most of his weekends with his parents at Egelsbach Airport in Hesse, joined the German air force and studied aerospace engineering at the Universität der Bundeswehr, where he completed his degree in 1982. Subsequently, he went to the United States to complete his fighter pilot training at the Sheppard US Air Force base, Texas.

When he considered his next step, in 1989, the European Space Agency was looking for pilots and researchers for an astronautics project. Luckily, he was accepted – only six candidates out of an applicant pool of 22,000 were chosend to be part of the team. Obviously, you cannot plan such a career, but Reiter affirms: “I want to encourage people to have a vision and follow their dreams.” 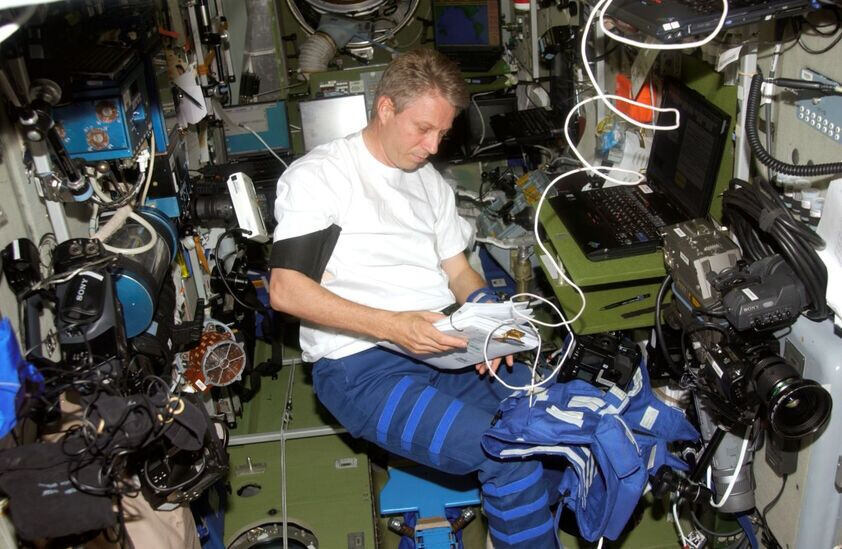 The Eighth German in Space

On September 3, 1995, participating in the Euromir 95 mission, Reiter experienced his first countdown to launch into space, at Baikonur Cosmodrome in Kasachstan.

The TM-22 mission Soyus capsule transported the flight engineer to the MIR space station, launching the longest crewed ESA space mission thus far. In the course of the mission, Reiter was the first European to conduct extra-vehicular activities; furthermore, he was responsible for 41 scientific experiments. After 179 days, he returned to planet Earth. He is the first non-Russian trained to pilot a Soyus capsule back to Earth.

After a two-year stint as wing commander of a LuftwaffeTornado fighter bomber squadron in Jever, in 2006, he participated in the Astrolab mission, Europe’s first long-term mission on the International Space Station. During his stay, he conducted a particularly demanding European-led program of experiments and performed a spacewalk. This time around, he spent 171 days in space.

In 2007, he resigned from his activities as an astronaut, but continued to be a driving force in European spaceflight. First, he took up a position at the German Aerospace Agency DLR; subsequently, he became director for Human Spaceflight and Robotic Exploration at the European Space Agency in Darmstadt. Since January 2016, he has been ESA’s ISS coordinator and advisor to the Director General.

"I would return to space right away, but there is a time for everything,“ Reiter explains. A new generation is already actively involved, including Alexander Gerst, for example, who was just nominated for his second mission. Reiter will not be the record-holding European space traveler forever, and he is fully aware that records are there to be broken, just like in sports. And history will be made again: “I would like to see the day that a European travels to and sets foot on the moon.”

Reiter, who is married and has two sons, emphasizes the importance of science, research, and knowledge. Aeronautics should not be understood as folklore, even if Youtube videos of music-making astronauts got a lot of attention during recent missions . However, the main responsibility of researchers on board is science, to the good of all humankind.

International understanding and fellowship is also important to him. During his stay aboard MIR there was war in the Balkan states. The whole of Europe was illuminated, only the Balkans remained dark. During his ISS mission, Reiter received the news that his Bundeswehr comrades were under attack in Afghanistan. The world looked beautiful from above, but it was still a cruel world.

“Maybe more people should be able to watch the Earth from above,” says Reiter, emphasizing the sense of community among the astronauts: “In space, there is no place for lone wolves, you really must be able to rely on each other.” An important thought that the Aachen Engineering Award recipient will share with RWTH’s graduates during the Graduation Celebration.