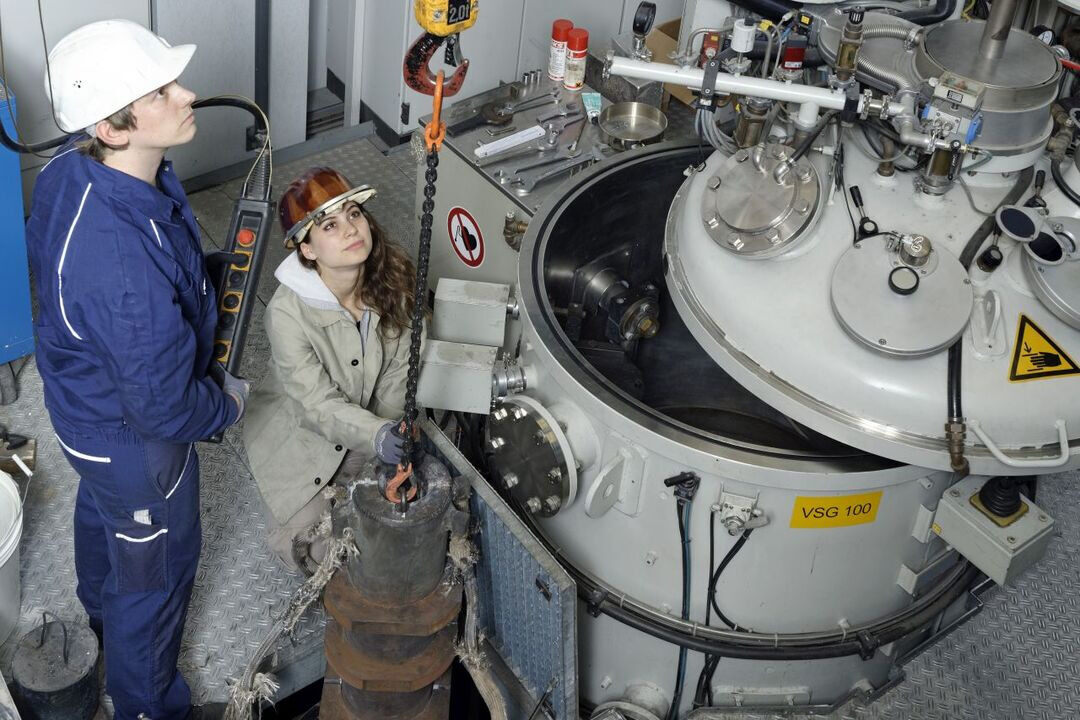 © Peter Winandy Janik Brenk and Lilian Peters from the IME retrieve a mold filled with a titanium aluminide alloy.