You Are Here: Scouts Search for Talent

With the financial support of NRW RWTH and FH Aachen are embarking on a joint project to foster motivated youth. 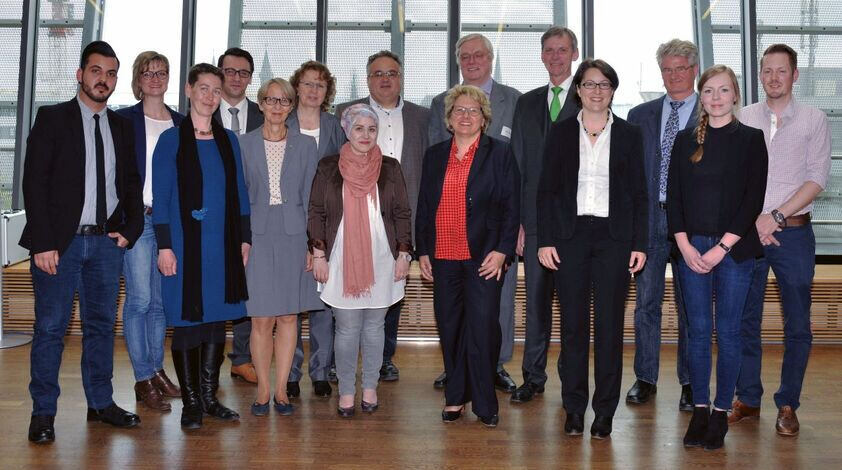 "We want to encourage hope and remove fear," said Markus Kottman from Talentzentrum NRW, describing the state-wide project. The talent scounting, developed at the Westphalian University of Applied Sciences in Gelsenkirchen, is intended to lead to more educational equality and equal opportunities. Focus is on young people, who have the potential and motivation for studies, but are from families, in which no one has ever studied or finances are scarce. So called talent scounts from RWTH and FH Aachen are now active in schools. The kick off event was recently held at the RWTH SuperC.

"I am thrilled that we are able to expand the success pilot project from the Ruhr region throughout NRW," emphasized Minister of Science Svenja Schulze at the kick-off event. The federal state is funding the Aachen universities with one million euros each from 2017 to 2020. A total of approximately 30 million euros are being invested in the future talent promotion at 17 NRW universities. While eight from ten of all academic children have gone on to pursue studies until now, the proportion among children from non-academic families is own two of ten, according to the 20th social survey by the German National Association for Student Affairs.

So far five talent scounts from RWTH and FH have started their work. "We have to approach the youth on an emotional level and communicate to them that we need them," says Kottman to his new colleagues in Aachen. The doors of the NRW-Zentrum für Talentförderung in Gelsenkirchen are open to talented youth, teachers, parents, and multipliers from the education sector.

Teachers in the local schools assist with the search for talent in the Aachen region. The talent scounts are coordinated by the RWTH Student Advice Centre. During school hours scouts will answer questions about university life and the demands of various subjects. Additionally, access will be opened up to existing supportive and funding instruments in the education system and to networks that can support pupils' professional paths. The talent scounts will remain a contact person during the youth' studies and their entry into the professional world.