You Are Here: CO2 Technology Nominated as One of the Top Three Inventions

CO2 Technology Nominated as One of the Top Three Inventions

Covestro's CO2 technology continues to write its success story. The European Patent Office (EPO) has announced the nomination of the two German chemists, Dr. Christoph Gürtler (Covestro AG) and Professor Walter Leitner (Max Planck Institute for Chemical Energy Conversion and RWTH Aachen University), as finalists in the "Industry" category of the 2021 European Inventor Award for their role in developing a new technology for using carbon dioxide (CO2). This technology enables the harmful climate gas CO2 to be used as a valuable raw material for sustainable plastics. Their process deploys chemical catalysts to drive reactions between CO2 and a conventional raw material. This process creates so-called polymers in a more sustainable and economically viable way. CO2 is firmly incorporated in the process. 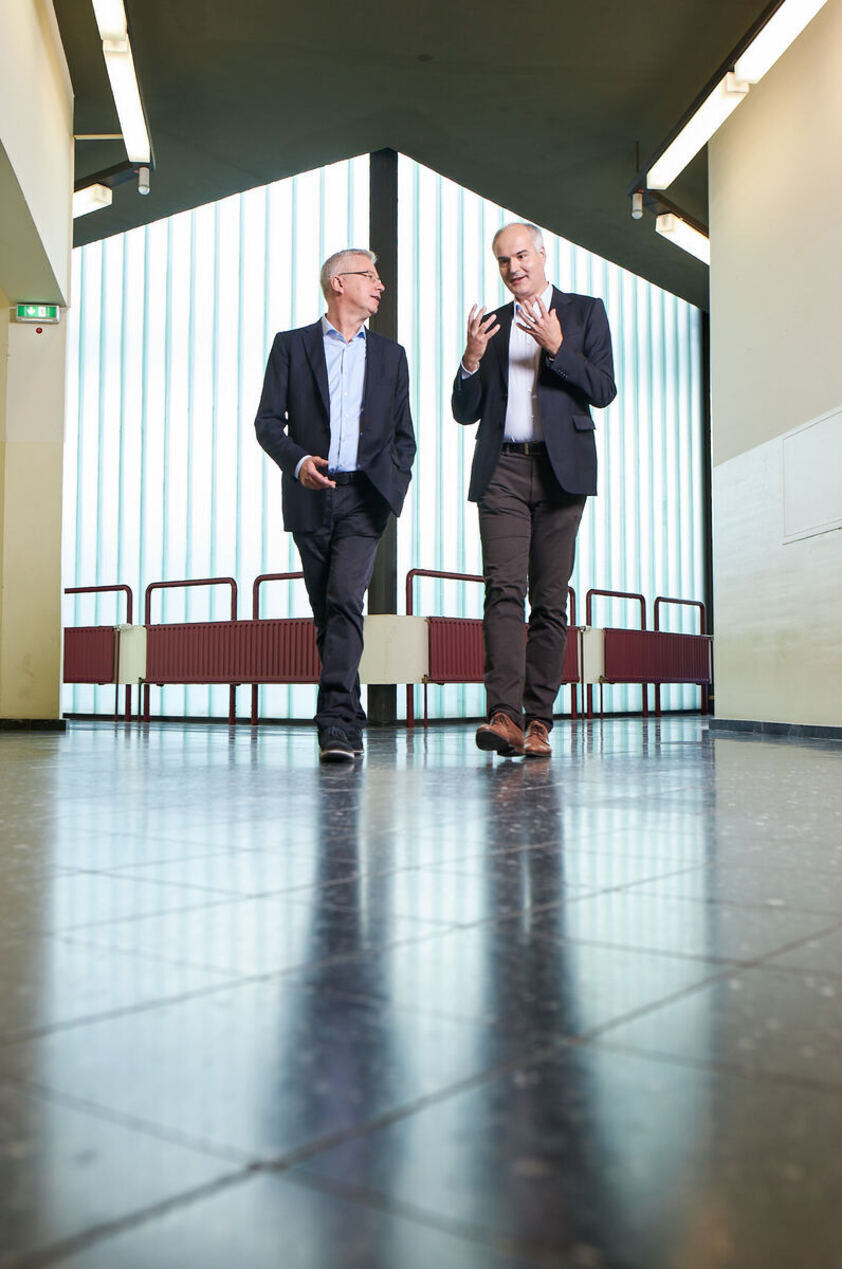 "This nomination is an important confirmation of our efforts towards making chemistry more sustainable. It shows how crucial patents are for the development process of a technology," says Christoph Gürtler, who is responsible for the development of new processes and products at Covestro. "It is a tremendous honor to be part of the award ceremony on behalf of the interdisciplinary team from product research, process development, marketing and the many other minds driving our invention."

Successful cooperation between industry and science

"The plastics industry can make a significant contribution to combating climate change by switching to greenhouse gas-neutral production. To achieve this, we need to break away from petroleum and use alternative raw materials such as CO2", says Dr. Markus Steilemann, CEO of Covestro. "The nomination for the European Inventor Award is an endorsement of our company as a pioneer in this field. I would like to extend my sincere congratulations to the many colleagues, including those at our partners, who contributed to the development of the innovative CO2 technology – a genuine sustainability highlight."

The two nominees, Gürtler and Leitner, have played a significant role in the development and market launch of the platform technology, which originated in the collaboration between application-oriented science and research-oriented industry. Their involvement in a large number of patents related to the use of CO2 is proof of this: together, the two hold over 100 patents on CO2 technology.

Covestro and RWTH Aachen University founded the CAT Catalytic Center in 2007. "The scientific community has long had the desire to be able to use carbon dioxide as a supplier of carbon for plastics. Experts have been working on this issue for nearly half a century," explains Walter Leitner.

CO2 forms chemical compounds only with great difficulty. This is the problem that Christoph Gürtler and Walter Leitner's team had to solve. The team combined industrial and academic expertise. A great deal of creativity, perseverance and many experiments with catalysts finally culminated in success. The breakthrough was achieved by precisely controlling the reaction between CO2 and the petroleum-based propylene oxide in the presence of a customized catalyst system. "We collaborated closely to develop the right catalyst that led us to success," says Gürtler.

The resulting so-called polyol was introduced to the market by Covestro under the product name cardyon®. It is already being used to produce soft foam for mattresses, for adhesives in sports floors, padding in shoes and in car interiors. Elastic textile fibers are currently on the threshold of market maturity. Research projects have successfully demonstrated that CO2 can also be deployed for insulating materials made of rigid foam and for surfactants, for example in detergents.

Contributing to resource conservation and the circular economy

The use of CO2 contributes significantly to the circular economy. Replacing conventional crude oil as a carbon source in part with the climate gas CO2 preserves resources. The carbon, in turn, remains in the cycle without being released into the atmosphere. Moreover, initial studies have also shown that this technology makes it possible to produce more recyclable plastics whose components can be more easily recycled. An all-round sustainable innovation.

Launched in 2006, the European Patent Office's Inventor Award distinguishes outstanding European inventors and teams and is one of the most prestigious awards of its kind. The award ceremony will take place online for the first time on June 17 and will be broadcast live on the Internet. Three teams are nominated in the Industry category.