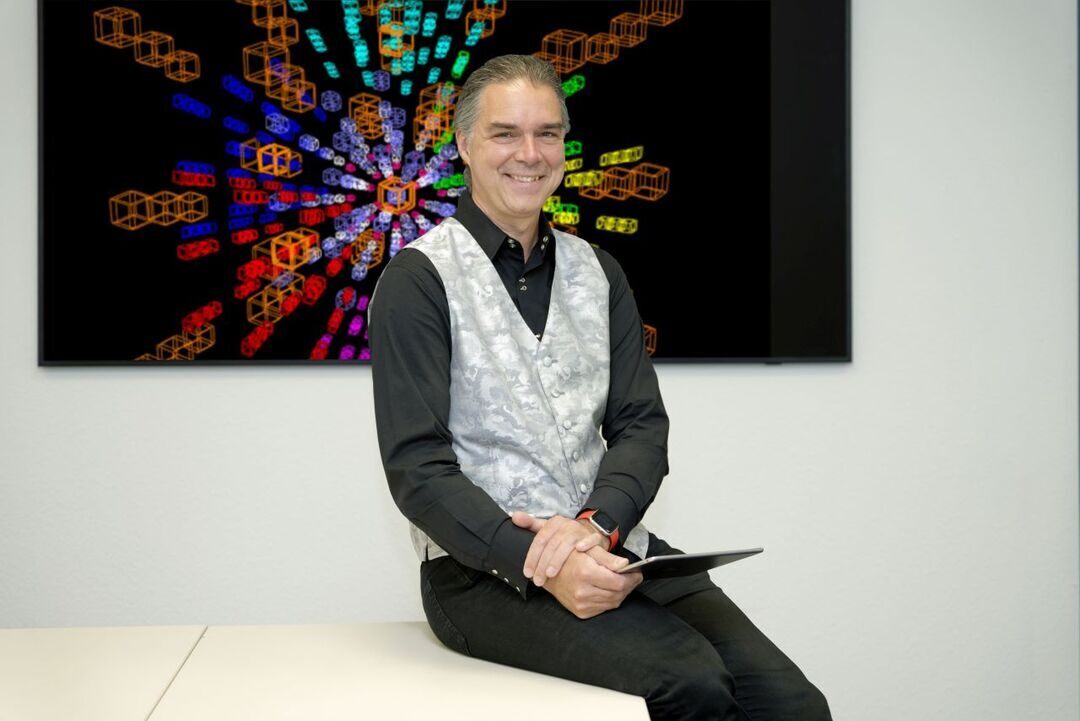 The AI expert joined RWTH from Leiden University in January 2022. Federal Minister of Research Bettina Stark-Watzinger and the president of the Humboldt Foundation, Hans-Christian Pape, honored this year's Alexander von Humboldt award winners at a ceremony in Berlin.

At a ceremony in Berlin on May 12, 2022, Bettina Stark-Watzinger, Federal Minister of Research, and Hans-Christian Pape, president of the Humboldt Foundation, presented Germany's most valuable research award, the Alexander von Humboldt Professorship, to 21 award recipients.

Holger Hoos, one of the award winners and newly appointed Humboldt Professor at RWTH Aachen University, is considered a pioneer in automated configuration and in the selection and performance prediction of algorithms for challenging problems in artificial intelligence (AI). His research has significantly advanced the state of the art in solving a wide range of difficult problems in AI and related fields such as operations research and bioinformatics.

Hoos, formerly at Leiden University, was one of seven high-profile researchers to be appointed Humboldt professors for Artificial Intelligence in Germany. With this program line, the Humboldt Foundation contributes to the German government’s AI Strategy. Eligible to be nominated for the award are internationally recognized researchers who are exploring artificial Intelligence, its applications, and its societal impact.

"We need science and the worldwide collaboration of researchers to find solutions to the existential crises of our time and to make our lives more sustainable," said Hans-Christian Pape, president of the Humboldt Foundation. The Humboldt Professorship is one of the ways to promote such top-level research, he added. By presenting the award, "Germany is not only investing in science, but in our future." Federal Minister of Research Bettina Stark-Watzinger added, "With this award, we are strengthening research in Germany and advancing our international competitive edge. At the same time, we are expanding our technological sovereignty, which is a key aspect in the area of artificial intelligence. After all, we want to play a global role in this area. And our scientists and our skilled workers in industry are key to achieving our goals."

The Alexander von Humboldt professorship is funded by the Federal Ministry of Education and Research through its International Research Fund for Germany. Award-winning experimental reseachers receive five million euros for their activities, while more theoretically oriented scholars receive 3.5 million euros. Germany. Eligible to be nominated for the award are internationally recognized researchers who work abroad at the time of nomination.