You Are Here: Neutrino Physics Receives Yet Another Award

Neutrino Physics Receives Yet Another Award

After two scientists were awarded with the 2015 Nobel Prize in Physics for their research on neutrinos, another prestigious award was given to neutrino physics. The renowned "Breakthrough Prize for Fundamental Physics" was awarded for the groundbreaking discovery of neutrino oscillations, which could revolutionize the standard model of particle physics. The prize, endowed with three million US dollars, will be equally split among five international research groups, including the T2K experiment, in which the RWTH Aachen Institute of Physics III is involved. 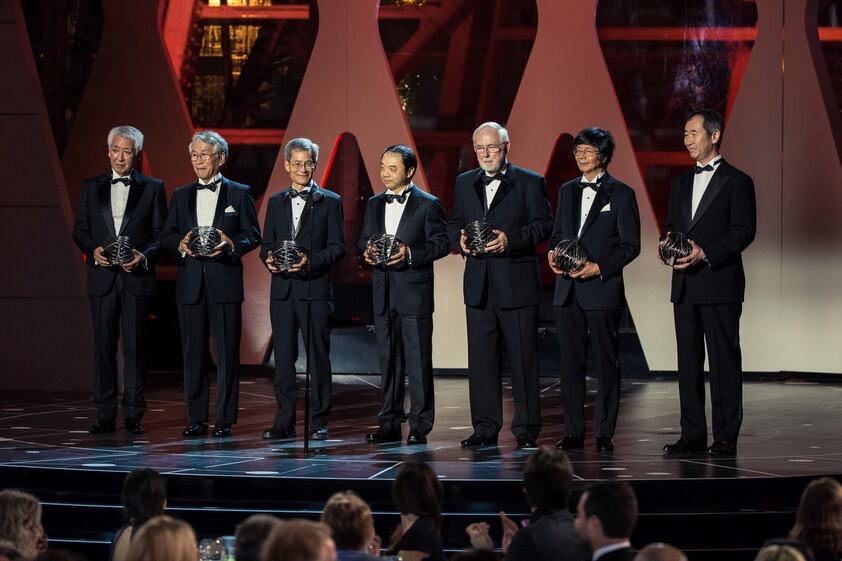 Seven members of the institute are among the hundreds of award recipients. The prize was awarded to the leaders of the individual research groups during a gala at the NASA Ames Research Center in Moffett Field, California. Benefactors of the Breakthrough Prize include Facebook founder Mark Zuckerber, internet entrepreneuer Yuri Milner, and the CEO of Alibaba, Jack Ma.

Neutrinos are elementrary particles, whose presence can only be proven with great effort. For example, in the T2K experiment, scientists are using a detector filled with 50,000 tons of highly purified water. This detector, named Super-Kamiokande, is located in the Japanese province of Kamioka deep under the Earth's surface in a mine, in order to remain protected from cosmic radiation. The machine is used to determine neutrinos that are generated at a collider in the J-PARC research center on the east coast of Japan. The neutrino beam is sent through Japan to Super-Kamiokande over a distance of 300 kilometers. Along the way part of the Myon neutrinos sent transform into other types of neutrinos. This is called neutrino oscillation. The emitted beam is examined and measured with the help of a near detector before it it sent out.

The Aachen scientists were under the direction of Dr. Stefan Roth at the J-PARC research center and involved in the construction of the near detector and contribute to its operation. It contains three large drift chambers, which can record and reconstruct traces of particles. Roth and his group built a system to continuously calibrate these chambers. The system is installed in Japan but operated from Aachen. The data is analyzed at RWTH and than transmitted to a database in Japan. The analysis of neutrino interactions within the near detector is also an important topic, on which the Aachen particle physicists are concentrating.

"After the Nobel Prize for neutrino oscillations this additional honor shows how meaningful these results are for physics as a whole," said Roth, commenting on the Breakthrough Prize. "We are now highly motivated to work on the upcoming metrology programs in the coming years." The discovery of neutrino oscillations reveals the path to another important project in neutrino physics, the investigation of matter-antimatter symmetry in the universe. For this reason T2K has recently been investigating the oscillation of anti-neutrinos. If differences are discovered here in comparison to the neutrinos, it could be a possible answer to the question, why the universe only exists of matter and not of antimatter.