You Are Here: RWTH Scientist at the Forefront of Research in Directed Evolution

RWTH Scientist at the Forefront of Research in Directed Evolution 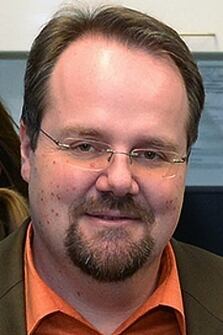 Directed evolution allows enzymes (nature's catalysts), whose function it is to ensure an organisms' survival, to be re-programmed in such a way that they can be utilized in industrial processes, such as the production of chemicals, pharmaceuticals, perfumes, or artificial flavourings, for instance. Directed evolution thus allows us to tap into nature's catalysts. Yesterday, the Royal Swedish Academy of Sciences announced that American biochemist Frances Arnold from the California Institute of Technology is to be awarded the Nobel Prize in Chemistry on December 10, 2018, in Stockholm for her work in the directed evolution of enzymes. The other half of the award goes to biotechnology scholars George Smith (University of Missouri) and Gregory Winter (Trinity College Cambridge).

With the Chair of Biotechnology group headed by Professor Ulrich Schwanenberg, RWTH Aachen and the DWI Leibniz Institute for Interactive Materials are home to one of the top international teams conducting research in directed evolution. Schwaneberg was mentored by Frances Arnold when he worked as a postdoc at Caltech and they jointly published a paper. "It was just an amazing time and it resulted in ideas that we still profit from today," reports the RWTH Professor. In the last couple of years, the Aachen-based team has already released approximately 100 publications.

"We have solved a large number of methodological limitations – for instance in genrating diversity at the gene level by using the mutagenesis methods SeSaM, OmniChange, or PTRec. With benchmarking systems such as MAP, we were ultimately able to develop a successful strategy called KnowVolution that allows for time-efficient analysis of the protein sequence space. These methods and concepts have led numerous companies, such as Henkel, DSM, Roche, and Evonik to have us create specifically tailored enzymes for various applications," explains Schwaneberg. Approximately 20 patents have been developed with our industry partners. "Just about anyone now uses or consumes such tailor-made enzymes every day, for example when baking bread, making cheese, in laundry detergents, in pharmaceuticals, in juice production, for biofuels, and in the production of stone-washed jeans," he further points out.

"This year's prize recipients have taken control of evolution," the Swedish Academy of Sciences justified their decision for awarding them the Nobel Prize. Professor Schwaneberg is convinced that "this topic will only gain in importance. The methodological foundations have been laid to allow different areas of science to converge, leading to whole new fields of application and science. Examples are the convergence of protein engineering and polymer sciences, in which biological building blocks and their functions are being used to give polymers new functionalities," he explains. With the help of protein building blocks, so-called chiral membranes, producing textiles with antimicrobial or water-repellent – or lotus effect – properties has now become possible.