You Are Here: ERC Synergy Grants for RWTH Researchers 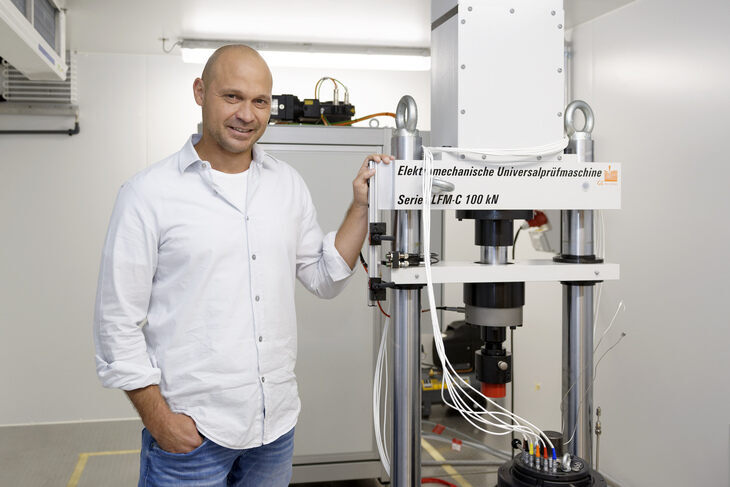 Professor Florian Amann, Chair of Engineering Geology and Hydrogeology at RWTH Aachen University, will receive an ERC Synergy Grant from the European Union. As part of the “Fault Activation and Earthquake Rupture” project conducted in collaboration with researchers from ETH Zurich and the National Institute of Geophysics and Volcanology in Rome, Amann will investigate the development and forecasting of earthquakes.

The aim of Synergy Grants is to provide support for interdisciplinary research projects conducted by several Principal Investigators and their teams which, due to their complexity, cannot be addressed by individual research groups alone. For the Synergy Grant to be approved, the principal investigators must have a strong track record and demonstrate the ground-breaking nature, ambition and feasibility of their scientific proposal.

Synergy projects should enable substantial advances at the frontiers of knowledge, and it is essential that the research collaboration generates synergetic effects, i.e. that the key research question requires the unique combination of knowledge and skills of the participating teams in order to be successfully addressed.

In the current round, 37 European-wide projects were approved for funding. Over the next six years, Amann and his colleagues will receive a total of 13.8 million euros in funding for their research project.

Underground Lab to Improve the Forecasting of Earthquakes

Earthquakes pose a significant threat to human society. In 2018, the US Geological Service registered more than 1,800 earthquakes of different magnitudes. Scientists know where they are likely to take place, but even after decades of intense research, it is very difficult for them to predict when an earthquake will happen and how strong it will be. There are no suitable experimental facilities for observing earthquakes at close range, which makes it difficult to gain a deeper understanding of the physics of earthquakes.

A new test lab in the Bedretto tunnel in the Swiss canton of Ticino, 1,000 meters below the earth’s surface, now offers unique opportunities in this regard: earthquakes can now be artificially generated by high-pressure injections in geological fault zones. During earthquake formation and propagation, the impact on the mountains is recorded with high temporal and spatial resolution. These underground experiments are complemented with lab experiments that are capable of representing all aspects of an earthquake. The aim is to achieve a better understanding of the physical processes taking place during an earthquake and thus enhance prediction capabilities.

Florian Amann studied Geology at the University of Erlangen Nuremberg, Germany, where he also completed his doctorate in Engineering Geology. Between 2002 and 2007, he worked as a project engineer in tunnel and dam construction at Pöyry Infra/Energy AG in Zurich. Subsequently, he became a senior scientist at the Chair of Engineering Geology at ETH Zurich. In 2015, he was appointed head of research of the underground research lab at ETH, which investigates techniques and procedures for a safe, efficient, and sustainable use of geothermal heat. In October 2017, Amman was appointed Chair of Engineering Geology and Hydrogeology at RWTH Aachen University. His key research interests include thermal-hydro-mechanically coupled processes in fissured rock formations with particular focus on the use of deep geothermal energy, the final disposal of radioactive waste, and natural hazards.

In the 3D MAGiC project, together with scientists from the University of Mainz and Radboud University, Nijmegen, the Netherlands, the researchers will explore still largely unknown nanoscale 3D magnetic structures, which show particle-like properties and whose existence has so far only been predicted theoretically.

A press release about the 3D MAGiC project (de), is available at the website of Forschungszentrum Jülich.