You Are Here: IDEA League Racing Competition at RWTH 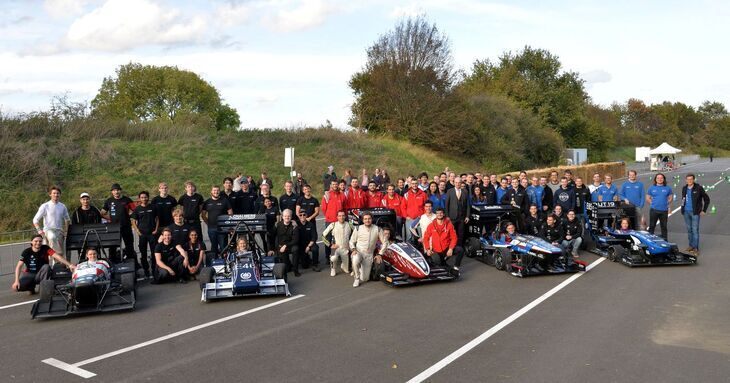 On the occasion of its 20th anniversary, the IDEA League held a Formula Student competition in Aachen.

The meeting of the IDEA League on the occasion of its 20th anniversary took place in the spirit of international cooperation. The network of leading European universities of technology – RWTH, TU Delft, ETH Zürich, Chalmers University, and Politecnico di Milano – contributes to advancing Europe in science and technology through the exchange of people, academic resources, knowledge, and innovation at all levels.

The new motto of the IDEA League, ‘Connect, Exchange, Innovate’ is very fitting in this context. It’s all about joining forces, exchanging ideas and doing research together.

Formula Student is an engineering competition where student teams from around the world design, build, test, and race small-scale formula style racing cars. On two days, the students presented the cars they had designed and constructed to the university rectors and competed against each other in a friendly competition. The team of TU Delft came in fist, followed by Ecurie Aix. ETH Zurich won third place, followed by the teams from Chalmers University and Politecnico di Milano. The first four teams competed with an electric car, while the race car from Italy was equipped with a combustion engine.

Professor Ute Habel, Vice-Rector for International Affairs at RWTH, was delighted with the successful competition and congratulated the teams on their achievement. "This event demonstrated the spirit of the IDEA League. We can do research together, compete together and by doing so we make friends – that's the IDEA League".