You Are Here: Japanese Scientists Pay a Visit

Executive Director of the Institute

The president of the Japan Society for the Promotion of Science (JSPS), Professor Yuichiro Anzai, visited RWTH Aachen with a delegation from JSPS and representatives from the German Research Foundation (DFG). 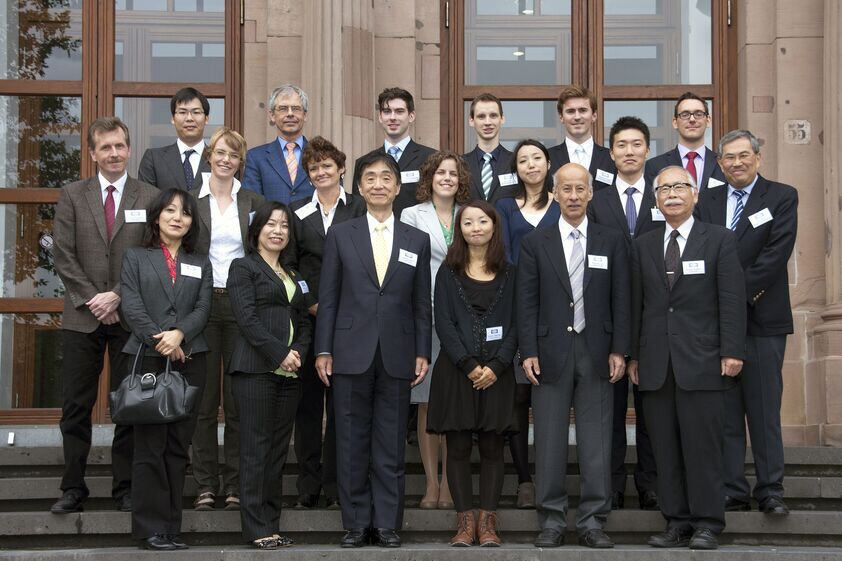 Copyright: © © RWTH Aachen Delegations from the Japan Society for the Promotion of Science (JSPS) and the German Research Foundation (DFG) visit RWTH Aachen

The goal of the visit was to become familiar with the state of internationalization in relation to the Excellence Initiative as well as the work methods and actors in the German-Japanese graduate school "Selectivity in Chemo- and Biocatalysis (SeleCa)". This project, funded by the DRG and JSPS since April 2010, deepens collaboration with Osaka University, one of RWTH Aachen's six partner schools in Japan. With the involvement of intercultural aspects, a transnationally structured graduate education is established in the field of chemical and biological catalyses. This measure is one of the central elements in RWTH Aachen's internationalization strategy.

After a welcome by RWTH Aachen Vice-Rector Prof. Rolf Rossaint, four doctoral students, two from both Aachen and Osaka, presented their experiences in each of the host labs and countries and discussed the assets and effects of a stay abroad during doctoral studies. Anzai was president of Keio University, with which RWTH Aachen has had a partnership since 1956, and appeared impressed by RWTH Aachen's internationalization activities.