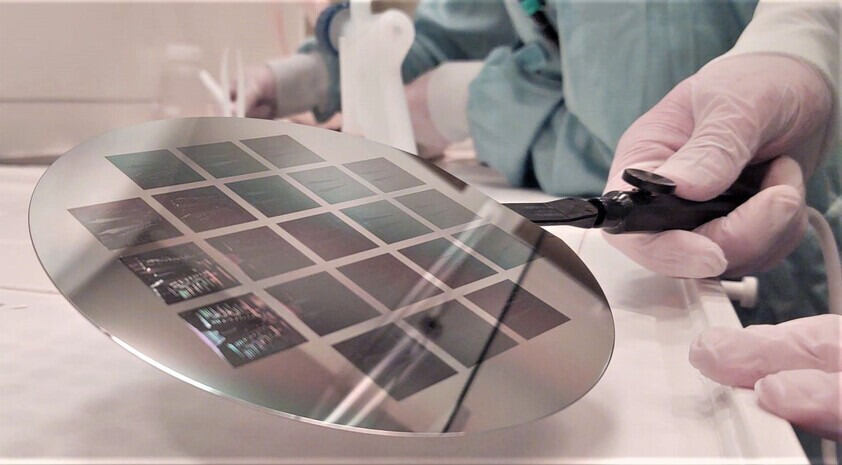 Significant advances in integration technologies as well as miniaturization are both needed to increase the lifetime and performance of satellites while simultaneously reducing their cost. For the next generation of Earth observation satellites, synthetic aperture radar (SAR) antennas are one of the most important areas of development where the performance of imaging radar systems can be significantly increased while making them smaller in order to reduce mass and volume. An SAR can generate a guided radar beam and direct it electronically or optically without mechanically moving the antennas. Compared to conventional radar systems with fixed antennas, an SAR can produce much higher resolution images and scan larger areas of the Earth's surface more quickly.

The international RETINA research project, with the participation of RWTH Professor Max Lemme, Chair of Electrical Components, and AMO GmbH, an affiliated institute of RWTH, investigated the use of photonic integrated circuits (PICs) in what is referred to as the beamformer network as a piece of key technology for future SAR instruments. The beamformer is the central component of an SAR, which ensures that the radiation from different antennas is combined to produce a beam in the desired direction.

Nanophotonics enables us to integrate components on a surface that is just the size of a fingernail, where these components would otherwise take up the space of a shoebox. Because the PIC has no moving components, it is extremely robust to external perturbations such as optics misalignment during rocket launch. RETINA has conducted research on such an integrated SAR system and has demonstrated essential functions in the laboratory. In the process, Professor Lemme and his team have undertaken the fabrication of the central PIC, based on AMO's silicon nitride nanophotonics platform.

The demonstrated highly innovative SAR approach based on nanophotonic technologies enhances the EU's competitiveness in corresponding advanced SAR missions by improving the size, mass, power consumption, and operational bandwidth of the systems.