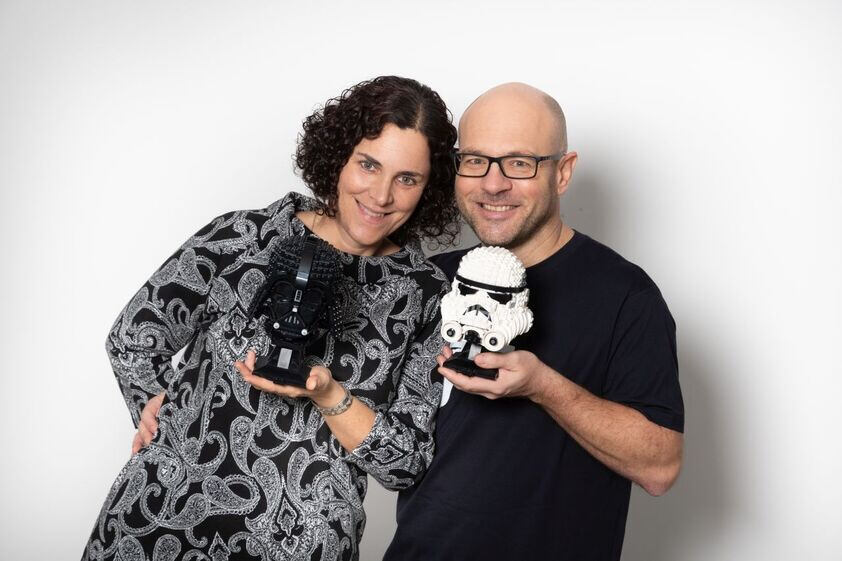 Professor Simone Paganini from RWTH's Research and Teaching Area of Biblical Theology completed his habilitation (post-doctoral lecturing qualification) in Old Testament Biblical Studies. Together with his wife, media ethicist Professor Claudia Paganini, he has now published a book about Star Wars ("In the Name of the Father, the Son and the Force"). In an interview, the Star Wars fan explained to us how these topics are connected.

RWTH: Professor Paganini, is it okay for a scholar to write a book about a science fiction series?

Paganini: Yes, of course! What is Star Wars, then? First and foremost – it is a good story. And what were the many individual stories that were later grouped together under the term "Bible"? Good stories, too. Good stories have the power to influence society – the Scriptures have proven this for over 2,000 years. George Lucas's imagination also has an effect on society – though not quite to the same extent, of course.

RWTH: What other similarities do you see?

Paganini: First, the whole setting: lightness and darkness, good and evil, God and the Devil, the Force and its dark side. When Luke Skywalker pits himself against Darth Vader, it's similar to the underdog David fighting the mighty Goliath. In addition, the story of Abraham, who receives the order from God to sacrifice his son Jacob, resonates here – Anakin Skywalker alias Darth Vader also lays his hand on his son Luke on behalf of a higher power. Or let's take Yoda. This character could have sprung from the Book of Proverbs, including his unique grammar. All in all, the characters from the Star Wars universe have as much identification potential as the biblical figures. All of this is masterfully directed by George Lucas and it is completely intentional.

RWTH: And what about the language?

Paganini: You could make a quiz out of which text is from Star Wars and which is from the Bible. The statement "Take the sword of the Spirit" could have come from an elder Jedi Master, but it is from the Apostle Paul. There is also the equivalent of the well-known confession "I am your father" when God says "This is my Son." In the book of Deuteronomy, Moses names his successor Joshua shortly before his death with the words, "May you be mighty." This is not far from "May the force be with you."