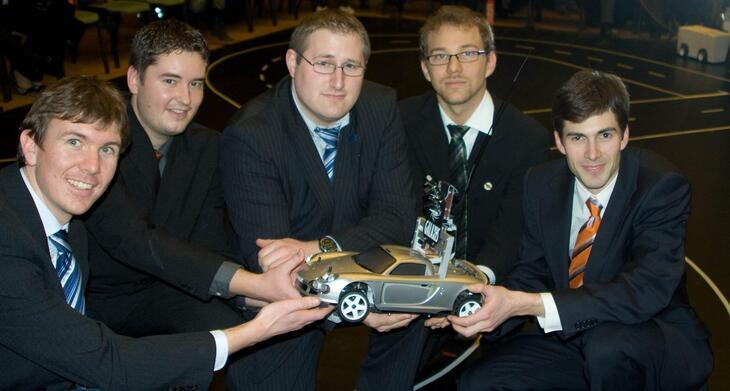 In 2011, a total of 48 students in computer science at RWTH Aachen received a grant from the Undergraduate Funds, so that 34 trips to international conferences, workshops, and summer schools could be financed. 21 were within Europe, 12 went overseas (North America, Asia, and Australia). Students' feeback after the trips was very positive.

Successful participation in conferences and workshops motivate many students to consider doctoral studies after their studies. In particular, talking with researchers at the international level is a great gain and provides new impulses and ideas for personal research. Contact is established for later collaborations with companies, universities, and research institutions. And last but not least, when thinking about the cultural exchange, the trips are a "unbelievable enrichment" for students, said Robert Backhaus.

The Undergraduate Funds also support the successful participation of RWTH Aachen teams in various computer science competitions, where travel and materials costs are subsidized. This includes for example, the "International Micro Air Vehicle Conference and Flight Competition“ (IMAV) in the Netherlands or the programming competition "North Western European Regional Contest“ in Bremen.

A particular highlight each year is the "Carolo Cup" in Braunschwieg, a competiton for autonomically driven model cards. RWTH Aachen has been successful for many years with its team "GalaXis": Until now the student team has belonged to the top three places each year. The competition requires participants to work intensively with interdisciplinary problems from computer science, electrical engineering, and mechanical engineering. The students apply knowledge from their studies, practice teamwork, and learn project and time management, thus optimizing their qualifications for when they start careers later on.