The Excellence Strategy at RWTH 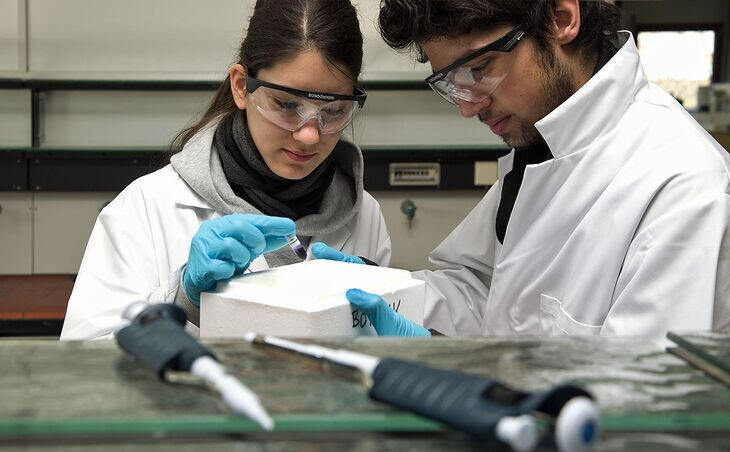 In the second funding line of the Excellence Strategy, the international panel of experts appointed by the Joint Science Conference of the Federal Government and the Länder – GWK for short, approved RWTH's application as a University of Excellence on July 19, 2019. Federal Minister of Education and Research and Chair of the GWK Anja Karliczek, and Science Senator for Bremen and Deputy Chair of the GWK Professor Dr. Eva Quante-Brandt announced the news in Bonn. This positive result means RWTH ranks among the eleven German universities which were successful in the Universities of Excellence funding line and will now be funded for a period of at least seven years.

In addition to this funding, a further 385 million euros will be allocated to the 57 different Clusters of Excellence each year. For RWTH, these clusters are The Fuel Science Center – Adaptive Conversion Systems for Renewable Energy and Carbon Sources, Internet of Production, and ML4Q – Matter and Light for Quantum Computing, the latter developed in collaboration with the University of Cologne and the University of Bonn. You can find more information on the  Clusters webpage.

The Clusters of Excellence act as the main focus of the Excellence Strategy. The approval of at least two Clusters was also a requirement for applying for funding in the Universities of Excellence funding line.