You Are Here: Career Paths of Junior Researchers at RWTH 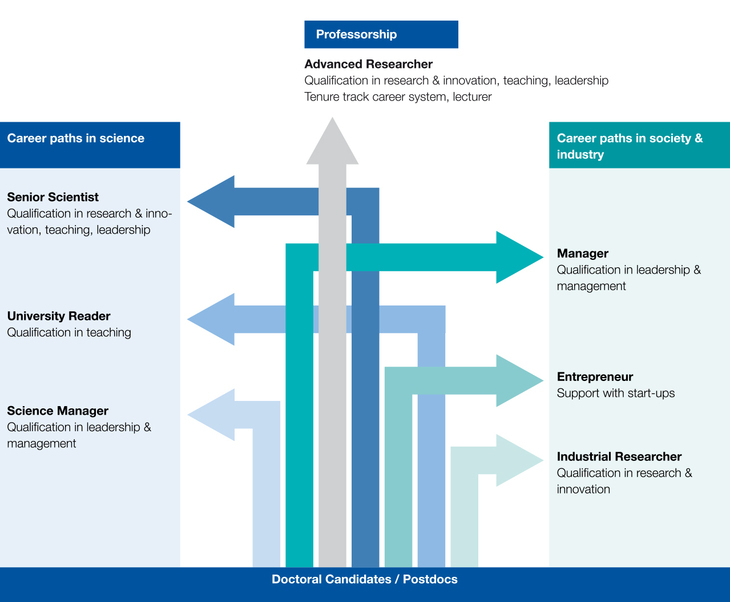 The Doctoral Academy already offers doctoral candidates support with transferable skills during their doctoral studies and offers stimuli regarding their career orientation. However, the Center for Professional Leadership or CPL also raises awareness during later career phases with its advising, coaching, and mentoring services. It offers supportive and accompanying qualification measures for all career paths.