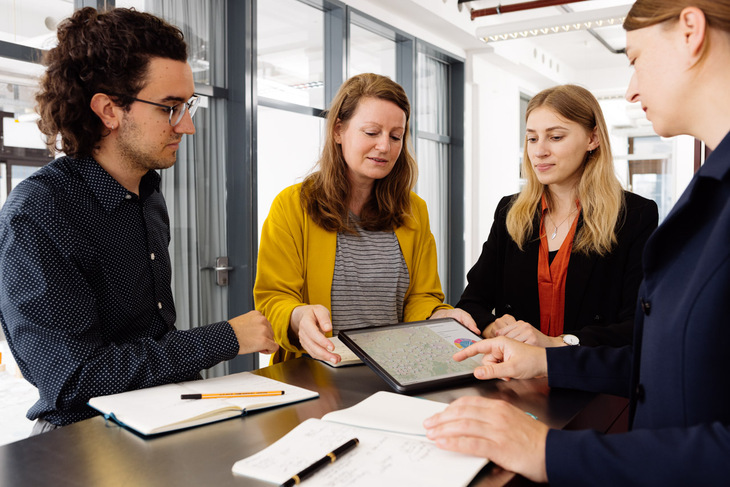 The Equal Career Paths Project focuses on the structural hurdles for early-career researchers. The crucial qualification phase toward a professorship often coincides with the stage in life where these early-career researchers are starting a family. Caring responsibilities for family members can also represent an additional burden in some cases. Among other things, the project shows how a partnership-based distribution of care responsibilities can be negotiated and what this could look like. An intersectional approach is adopted as far as possible.

Furthermore, the project offers targeted training and information events on further qualification and career planning. Gender-specific differences in the perception of, for example, professional and leadership skills and the power of stereotyped roles are addressed. Knowledge on how these often unconscious prejudices can be counteracted will be shared.

Students, doctoral candidates, and post-docs are offered the opportunity to look at the topic of starting a family in workshops and consultations, to plan their careers, to pursue their own ideas and goals, and to communicate and negotiate. Employees and executives at the University are informed about gender-specific career advancement in the project and are made more aware of this topic in training sessions. The project is funded by the Universities of Excellence Initiative.

This project is a continuation of the Equal Career Paths project, which was part of the German Women Professors' Program II. You can read the final report on this project in German here.