When it comes to equal opportunities, RWTH has defined a number of goals whose attainment shall be measured with the help of different indicators. By 2020, the proportion of female professors shall be 20 percent; by 2030, it shall be 30 percent. With the help of the so-called cascade model, equal-opportunity quotas for the different qualification levels are determined. The current gender equality ratios of the individual groups to ensure equal opportunities for women and men in the appointment of professors (W2 and W3 professorships) can be found here  .

The data collected as part of the gender monitoring process allow us to observe the representation of women and men in the various university groups and track developments over time. This makes it possible to detect progress, stagnation, or even setbacks, verify the effectiveness of measures in place, and take further action accordingly. Moreover, gender monitoring enables benchmarking with other universities at German and international levels.

Of course, there are also people at RWTH who do not identify as male or female. Data collection is currently being revised so that in the future, the total number of students and employees will also include the option of "non-binary". No other details are shown for data protection reasons.

The annual Gender Ticker provides an overview of the proportions of men and women in the various University groups, such as students, doctoral candidates, junior professors, et cetera.

The MINT Ticker provides an overview of the development of female student numbers in the STEM courses of study at RWTH Aachen since the winter semester of 2008/09. Remarkably, the proportion of female students in the biology and architecture courses of study is more than 50 percent, while women are clearly underrepresented in computer science, physics, mechanical engineering, and electrical engineering and information technology. In these courses of study, the proportion of women is below 20 percent, and the numbers of women taking up studies in these subjects is rising very slowly.

The figures show the current proportions of women and men leadership positions at the University. It can be seen that women are underrepresented at almost all management levels.

The figures present recent statistics on advising sessions held by the RWTH Family Services Center (by University groups and by gender).

Advising by the Familty Services Center

As part of their new two-stage reporting requirements, the German Research Foundation, DFG, has asked universities to provide quantitative data on the equal opportunities situation at their institution. In the second stage, the DFG asks for the number of female researchers involved in research projects for which funding is applied for.

Based on this data, the DFG will analyze and deliberate on the equal opportunities situation at German universities. The data provided by RWTH are as follows: 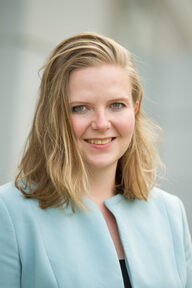 Consultant of the Equal Opportunity Officer