You Are Here: Rankings 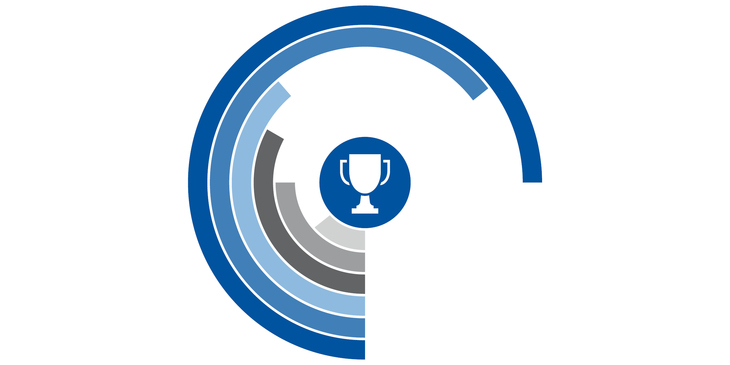 In the UK and the US, rankings have been used as a tool for comparing universities for many years now. In Germany, the first university rankings appeared at the end of the 1980s and have since been published by various different journals, magazines, and opinion research institutes with increasing scope.

Rankings are a popular method of indicating the performance and capabilities of universities and comparing them with each other on a national as well as international level. At the same time, the quality of each ranking varies greatly, and the range is as diverse as the different target groups they address.

In many national and international rankings, RWTH can achieve outstanding results both as a university as a whole, but also in individual subject areas.

It should be noted, however, that no university ranking provides a comprehensive image of an entire university, but can only ever give some insight into the particular feature of a university that the selected indicators address. It would be impossible to indicate all the different facets and the complete performance of a university. Therefore, in addition to the results, it is always important to look at the methodology and target groups of the rankings. The indicators on which the rankings and evaluations are based vary widely in some cases, depending on what the publishers have chosen to focus on.

Despite the fact that the methods of the ranking providers are often criticized and the informative value of the published rankings can be questioned, many rankings enjoy a great deal of public attention and are useful, for example, as a guide for prospective students.

The most important university rankings are presented below:

The Center for Higher Education, CHE for short, publishes its university ranking annually in the "ZEIT-Studienführer". The ranking consists of a publication analysis and surveys of departments and students and is aimed at prospective students. The ranking is intended to provide them with an overview of the higher education landscape in Germany, Austria, and Switzerland.

This ranking differs from other university rankings in that no ranking list is formed, but the universities are divided into top, middle, and bottom groups for all indicators. RWTH is rated particularly highly in the area of support at the beginning of studies and during studies, as well as career orientation offerings.

In the ranking of the "Wirtschaftswoche" magazine, WiWo for short, around 500 HR managers are asked each year which university prepares its students best for the needs of their company. The subjects of industrial engineering, electrical engineering, mechanical engineering, computer science, and natural sciences at RWTH are rated particularly highly here – in recent years, the ranking has always placed the University in the Top 3.

Every three years, the German Research Foundation (DFG) publishes a funding atlas that ranks all German universities according to the funding they receive from the DFG. Since only the best research projects are selected for funding, the fact that a project is funded via the DFG is often considered a quality criterion. Therefore, the DFG is one of the most important external funding sources for German universities and thus for RWTH. For many years, the University was placed first in the engineering rankings.

The Times Higher Education, or THE, World University Ranking is one of the world's best-known university rankings. Universities are evaluated based on 13 different indicators covering teaching, research, citations, industry income, and international outlook. In addition to a reputation survey of academics, the ranking also draws on publication data as well as data provided by universities.

The QS World University Rankings are among the most prominent university rankings worldwide. The overall score largely consists of an online reputation survey of academics and employers, which accounts for 50 percent of the total. The remaining points are formed by citations, proportions of international staff and students, and the supervision ratio.

The QS World University Rankings by Subject consist of five rankings on individual scientific fields as well as over 50 rankings of individual subjects. In addition to the results of an online reputation survey, two citation indicators are included in the rankings, depending on the subject. The subjects mining engineering, mechanical engineering, materials science, and chemical engineering are among those in which RWTH achieved the best results.

This project initiated by the European Commission does not form a ranking like many other university rankings, rather it takes a multidimensional approach. Participating universities are awarded scores ranging from 1 (very good) to 5 (weak) on many different indicators. No indicators are weighted and no rankings are calculated; instead, users have the option of creating a comparison of universities based on the points that are relevant to them.

Our Ranking Report provides an overview of RWTH's performance in the different university rankings from the past few years.

It lists the results according to each ranking organization.