You Are Here: When Children Are Not All Ears – Aachen Researchers Want to Improve the Learning Environment for Children

Here is a typical everyday scene in a primary school: the teacher is standing in front of the whiteboard, while children are sitting in their seats, listening more or less intently. Sounds from outside or conversations from their fellow pupils sitting next to them quickly distract them. Researchers Sophie Nolden, Ph.D. (previously at the Chair of Cognitive and Experimental Psychology, RWTH Institute of Psychology, but now employed at the Goethe University Frankfurt) and Professor Janina Fels (Department of Medical Acoustics, RWTH Institute of Technical Acoustics) wanted to investigate how easily the attention of children in kindergarten and primary school can be influenced in a seed-funded project funded by ERS.

The cooperation between the two institutes has been in place since 2012, but research on the topic of so-called auditory attention has so far only been conducted with adults. In these studies, test subjects were asked to play numerical words from different directions in a virtual acoustic scene via headphones and the participants had to determine whether the number was greater or less than five. All the while, background noise was also playing as a distraction.

"However, since children perceive and react to sounds differently than adults, we wanted to extend the research to this target group and create a task that was based on experiments with adults but designed to be suitable for children," explains Professor Janina Fels. The aim of the ERS-funded project was to create a complex task that could be carried out with children and by which the results of adults could be compared with those of children. 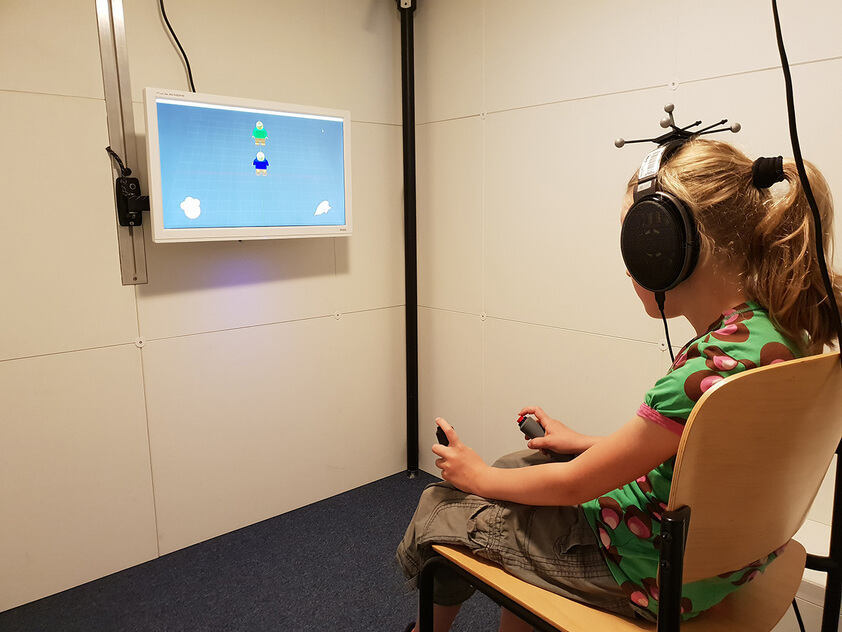 Copyright: © Karin Loh A child during an experiment

A classroom was chosen as the place of investigation because this is a typical environment where children are required to pay attention and concentrate. Initially, measurements of the acoustic environment were carried out over several hours at five different primary schools in Aachen. These measurements were later used to simulate typical background noise in primary schools. The task to be developed for children was to measure reaction times and error rates in order to draw conclusions about the cognitive mechanisms of attention control.

A virtual room was created for the task. At the beginning, the child was shown where the relevant noise should come from, i.e. from the front, back, right, or left. Then a voice mentioning an animal was played. At the same time, a distracting voice sounded from another direction. The child now had the task of recognizing the relevant voice and indicating whether the animal mentioned could fly or not. To make the task more playful, there was a feedback system with Lego figures that signaled whether the result was correct or not. The children could also collect points in the form of stars. 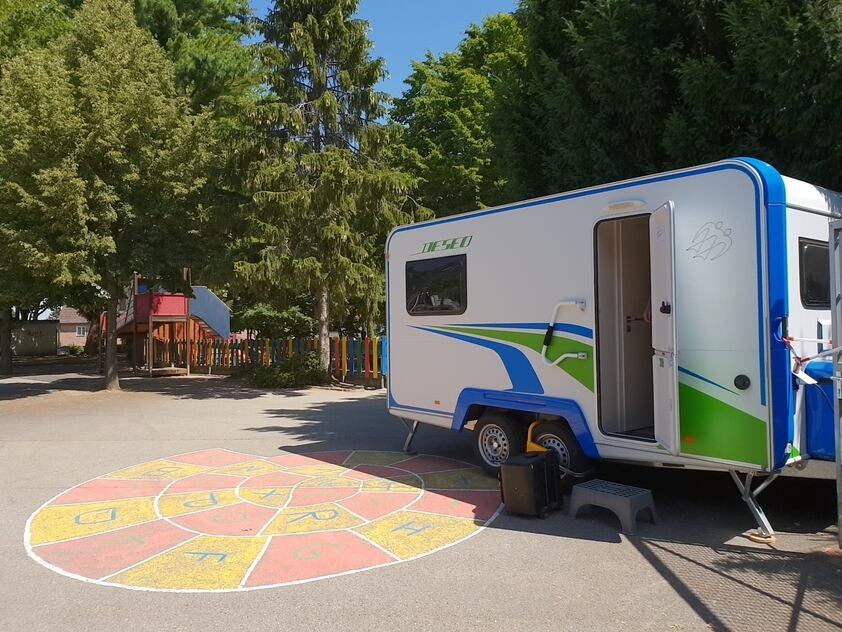 The project was supported by the Head Genuit Foundation, which helped to build a mobile hearing laboratory in which the experiments were conducted. The idea for this special laboratory arose from an earlier ERS Boost Fund project by Professor Fels, in which researchers worked with children affected by ADHD. It was difficult to bring children to the institute or expensive to set up the equipment at a different location each time. With the mobile hearing laboratory, which is installed in a converted caravan, the researchers were able to easily reach primary schools.

The results obtained from the project should help to understand the development of attention control over a person's entire life span. In addition, they can be used to derive recommendations for improving room acoustics in kindergartens and primary schools.