In the age of globalization, education must be internationally oriented in order to survive worldwide competition. The most important tool for this is adequate language skills. Internationally, English is considered the lingua franca: but getting by in English in social situations is not the same as being proficient in academic English, for example! The linguistic characteristics and aspects of language skills required in educational and academic contexts go beyond the spontaneous and typically informal language most students use every day. The complexity and high information density of academic English are proving to be the greatest challenges. The size as well as the complexity and diversity of the vocabulary available to an individual plays a major role in this context.

Vocabulary skills are generally recognized as an essential part of academic literacy, which in turn is directly linked to academic success, economic opportunities, and social well-being. Figure 1 illustrates the relationship between vocabulary knowledge and reading comprehension, i.e., text coverage in conjunction with knowledge of 2,000, 3,000, 5,000, and 10,000 words. 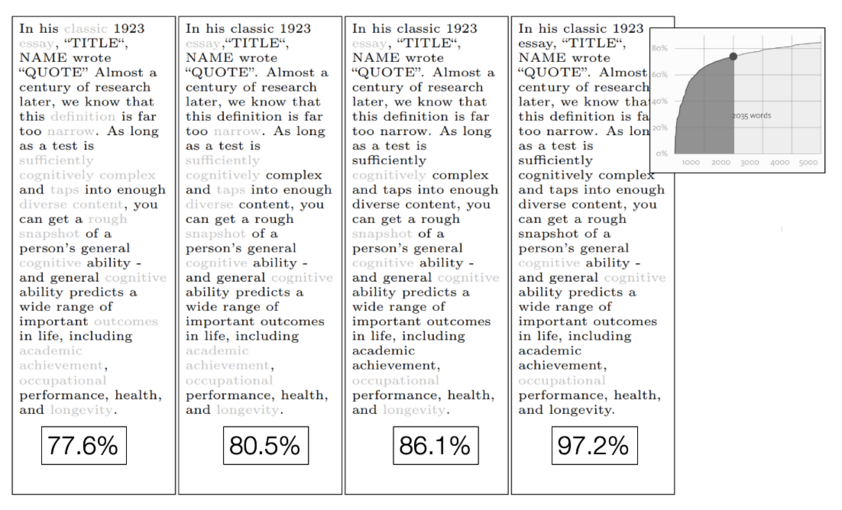 A common misconception is that the difficulty in vocabulary acquisition is primarily due to specialist terminology. Recent studies have shown, however, that the main difficulty for both native and non-native speakers is actually the high information density of academic English. Coping with this difficulty requires not only a large, high-frequency academic vocabulary, but also mastery of multi-word sequences (n-grams and skip-grams), i.e. continuous or discontinuous, frequently recurring word chains of varying sizes. In fact, current theoretical models of language and knowledge theory are increasingly focusing on sequences that facilitate predictive processing and promote language acquisition.

Previous research on vocabulary growth (especially in the population of second-language learners) has found rather low learning rates, i.e. 200 to 500 words per year. Such low growth rates tend to be discouraging given the vocabulary size objective set for specific reading tasks (academic reading requires about 10,000 word families). Such objectives seem gigantic, since a typical learner requires 20 years of study to understand academic texts. Previous attempts to accelerate growth rates with targeted teaching or an extensive reading approach have resulted in low acquisition rates, which proves the inadequacy of such approaches.

In view of these challenges, the AISLE project led by PD Dr. Elma Kerz (FB7) and Professor Tobias Meisen (FB4) (former junior professor and Chair of Information Management in Mechanical Engineering (IMA) at RWTH Aachen University, currently at the University of Wuppertal) pursued a twofold objective:

Within the project period, the team succeeded in developing a web-based and functional prototype of the AISLE system with its back and frontend. In order to guarantee optimal repetition intervals, the AISLE system tracked each student’s individual progress. Individual learning curves and learning progress were successfully determined for a sample of 60 participants from RWTH Aachen University. 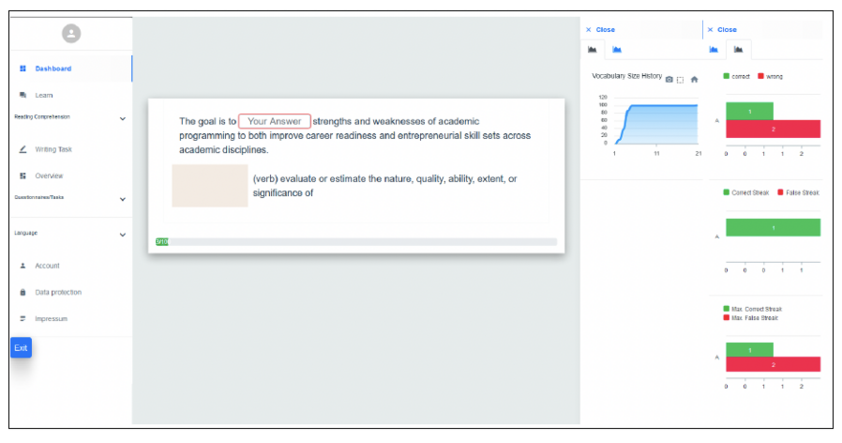 Figure 2: Item presentation and performance feedback to the user

This population used the AISLE system in a laboratory environment for several hours, spread out over three sessions (see Figure 2 to illustrate the presentation of items and the feedback of individual learning curves; see also Figures 3 and 4 below for diagrams of empirical learning curves and predicted growth rates as well as individual differences (IDs) in participants' learning rates averaged over all items). In a within-subjects design, a group of participants was given a battery of tasks to assess short-term memory and verbal working memory, implicit learning ability and inhibitory control, among others.

The team used GitLab at RWTH primarily to exchange code, literature, and data. Some of the most important results have already been published.

The results of the project formed a solid basis for a follow-up project (e.g. German Research Foundation – DFG or German Ministry of Education and Research – BMBF), which will scale AISLE to generate dense longitudinal data for a large number of learners and different populations over time.

Figure 4: Predicted learning curves for individuals with higher or lower NFC scores (left) and higher and lower scores on the openness personality dimension (middle). The diagram on the right shows the results of the final model.

Such a database has the potential to change our current understanding of vocabulary growth and will provide a window on the mechanisms and principles underlying cognitive and language development in general.