You Are Here: Optimizing Efficacy

From Chemical Hits to Application in the Treatment of Leukemia 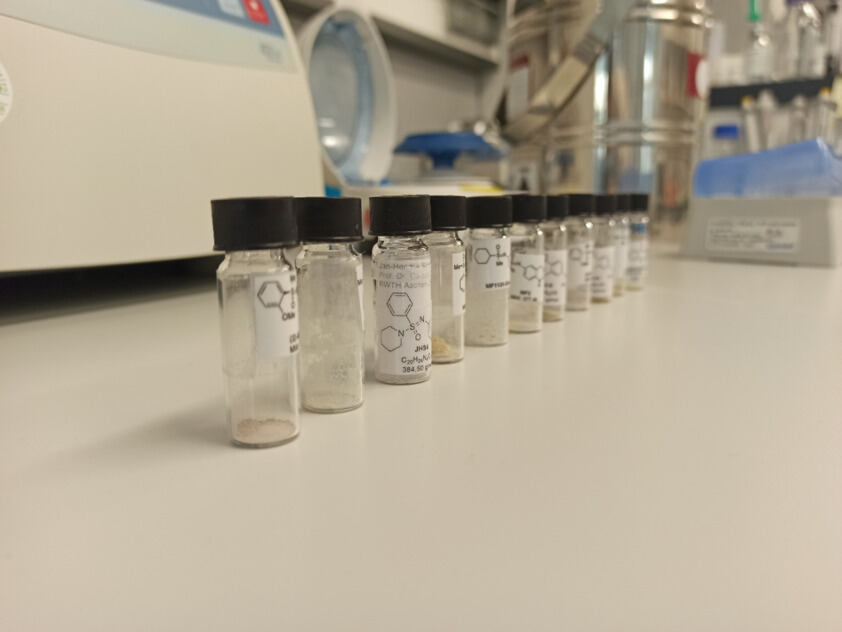 Germany is a "global player" when it comes to the R&D activities of large pharmaceutical companies. They invest more than six billion euros annually, and their pipeline includes recombinant antibodies – developed using genetic engineering methods – as well as small-molecule inhibitors for the treatment of tumor diseases, metabolic diseases such as diabetes, and cardiovascular and inflammatory diseases.

Typically, high-throughput screening is used to find effective chemical compounds, which are called ‘hits.’ This is followed by a large number of preclinical investigations before new substances can be tested in clinical trials. The pharmaceutical industry is searching with enormous throughput for chemical compounds that could be useful as drugs in diverse disease entities. Nevertheless, systematic modifications carried out at university institutions are of great scientific and public interest.

A research group led by Professor Carsten Bolm from the Institute of Organic Chemistry at RWTH Aachen University has been conducting research on such questions for many years, most of which focuses on the development of methods for the targeted production of potentially bioactive agents. In much of this work, the element sulfur is at the center of activities. The ability of changing its molecular environment in a targeted manner is part of the expertise of the internationally recognized group of molecular chemists. 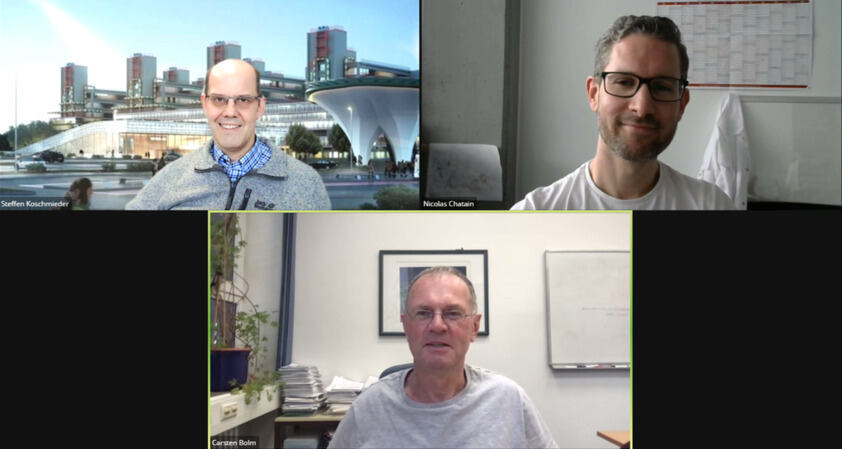 Professor Steffen Koschmieder, Head of Translational Hematology and Oncology at the Department of Hematology, Oncology, Hemostaseology and Stem Cell Transplantation at the Uniklinik RWTH Aachen and Dr. Nicolas Chatain have been doing research on chronic and acute leukemia for a long time, both in basic and translational research, seeking to translate their newly acquired knowledge into the clinic.

The joint ERS-funded project of the three researchers sought to prepare novel chemical entities and apply them in the treatment of myeloid and lymphoid leukemias. Molecules with unprecedented scaffolds were prepared and their efficacy and toxicity functionally tested to improve the properties of known bioactive compounds. Computational methods were used to predict ADMET-related properties (absorption, distribution, metabolism, excretion, and toxicity) of the new compounds and their associated adverse effects.

Research group members Marcus Frings and Jan-Hendrik Schöbel, produced various chemical compounds by targeted synthesis, some of which required complex chromatographic purification to obtain stereochemically uniform inhibitors, so-called enantiomers. As soon as new substances were produced, the preclinical and clinical expertise of Steffen Koschmieder and Nicolas Chatain came into play. Studies were performed on human leukemia cell lines, which confirmed an impact of the chirality of BET inhibitors on the effectiveness to kill tumor cell lines. In a next step, primary cell material was obtained from the blood of diseased patients, and the promising results were confirmed.

In addition, the in silico docking analyses and molecular dynamics simulations based on X-ray crystal structure analyses carried out by Junior Professor Giulia Rossetti and her team from Forschungszentrum Jülich provided important clues to the mechanism of the inhibitory effect.

The close collaboration between researchers from various RWTH institutes and clinics as well as Forschungszentrum Jülich made it possible to achieve an overall improvement in the bioactivity of an innovative molecule compared to the original compound, resulting in a patent application and a scientific publication.

Since only a part of the synthesized compounds has been investigated so far, follow-up projects are already underway. If the molecule’s bioactivity can be further increased, in-depth preclinical studies would follow. Although it is a long and arduous path, the ultimate goal of the researchers is to achieve clinical application.