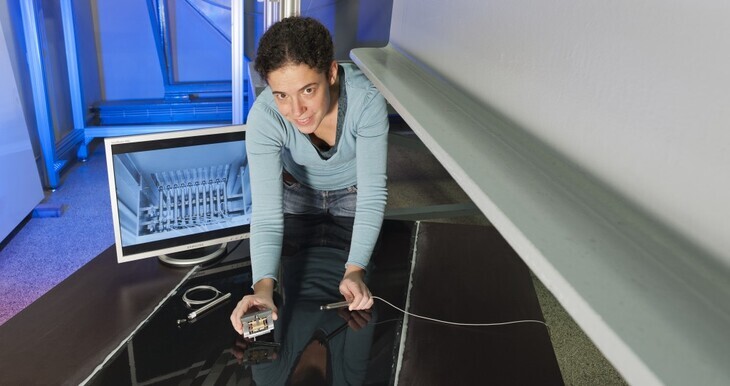 The total drag of transport systems such as airplanes, ships and/or trains is primarily determined by friction drag.

Spokesperson for the Research Unit

Today's approach to reduce the viscous drag is based on stabilizing the laminar state of the boundary layer flow since the wall shear stress in a laminar is drastically smaller than in a turbulent boundary layer. This idea has been pursued for more than 40 years.

The investigated active and passive measures result in a much more intricate technology and a pronounced increase of the overall weight of the transport system such that the prospective efficiency gain of any hybrid flow control system is massively lowered.

A novel approach to lower friction drag is based on the hypothesis that the wall shear stress of a turbulent boundary layer can be efficiently decreased if only the near-wall coherent structures are damped, i.e., to a certain extent suppressed, by controlled surface perturbations at minimum energy impact.

Objectives of the Research Unit

This idea is the core of this research project where spanwise transversal surface waves are used to efficiently redistribute the near-wall coherent structures and as such to lower the turbulence production in the boundary layer. This controlled interaction between the flexible structure and the near-wall fluid leads to a stabilization of the near wall streaks and thus, to a lower friction drag.

Overall, this project belongs to the field of a joint fundamentally and technologically oriented turbulence research approach.