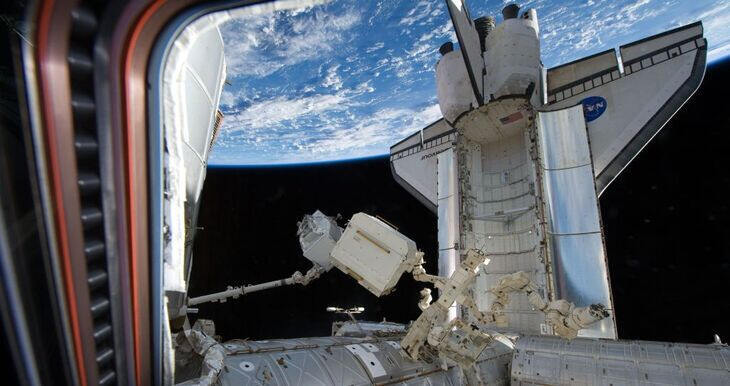 The Physics Institutes at RWTH Aachen University are participating in international high-profile collaborative research projects in the arena of particle physics. Particle physics explores the fundamental structures of matter, space-time and the forces in our universe. Despite enormous progress over the last century, important questions remain unanswered today.

The nature of dark matter, the puzzle of the matter-antimatter asymmetry in the universe, the properties of matter in neutron stars: These questions concern the foundations of modern physics.

The AMS experiment has the potential to help answer these questions and to change our view of the universe significantly.

Of major scientific interest is the experiment's search for anti-matter which according to cosmological models must have been present at the origin of the universe.

In May 2011, Space Shuttle Endeavour delivered the AMS particle detector to the International Space Station (ISS).

Searching for a new physics at the Terascale that goes beyond the standard model, the CMS Experiment is poised to take us to a new level of understanding of our universe.

The CMS experiment at the new Large Hadron Collider at CERN was built to answer some of the fundamental questions in physics, in particular to find the origin of mass and electroweak symmetry breaking.

Involved in the project are 179 institutes from 31 countries. One of the four German participating institutions is RWTH Aachen University.