The Carolo Cup is a student competition in the field of autonomous driving, which takes place in Braunschweig every year. The RWTH Aachen Team GalaXis is a student project group that develops autonomous model vehicles on a scale of 1:10 in order to be able to participate in the annual Carolo Cup. 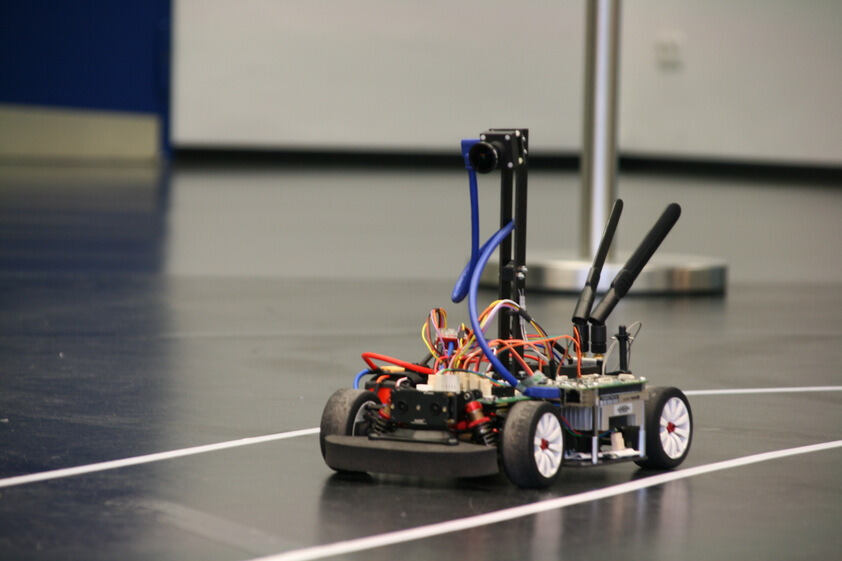 The Aachen team, as well as all the other student groups from all across Europe, are being tasked by a fictive contractor to develop and produce a cost-effective and energy-efficient overall concept of an autonomous vehicle. This is then expected to accomplish several different driving tasks as quickly and flawlessly as possible during the competition. For instance, the vehicle has to complete a course with elements from the German road traffic code, such as street signs, different right-of-way scenarios, and pedestrian crossings. In this, there are two performance categories, the basic as well as the expanded performance class. Team GalaXis is entering the competition in the expanded performance class. This includes parking – parallel as well as perpendicular – a round trip, and a round trip with obstacles.