The ChemCar competition is aimed at engineering students majoring in Chemical Engineering, Development and Design Engineering, or Plastics Technology, as well as at Chemistry students or students enrolled in similar courses of study at universities in Germany or abroad. The number of teams allowed to participate is limited to ten. Sponsors of the competition are well-known chemical engineering companies, such as BASF, Bayer, Covestro, Evonik, InfraServ Knapsack, Lanxess, Lonza, and Merck. 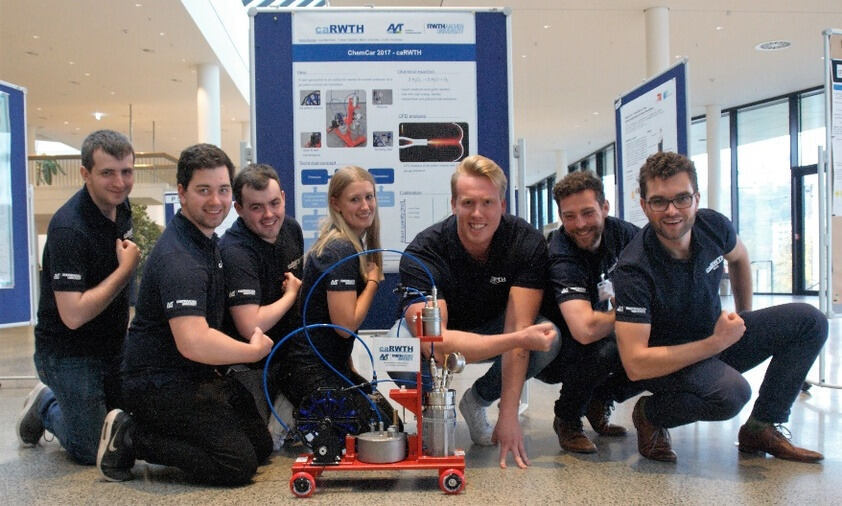 Due to the automobile industry's great interest in ever more efficient engine designs, the after-treatment of exhaust gases has also significantly gained in importance. In this context, the turbocharger has come out on top as the best means of increasing engine efficiency. It uses the energy of the exhaust gases to provide the engine with more oxygen.

During the competition, each team must develop a ChemCar that operates by chemical means and is able to travel a set distance according to defined conditions, such as carrying an extra load. The particular challenge lies in developing and constructing the ChemCar. 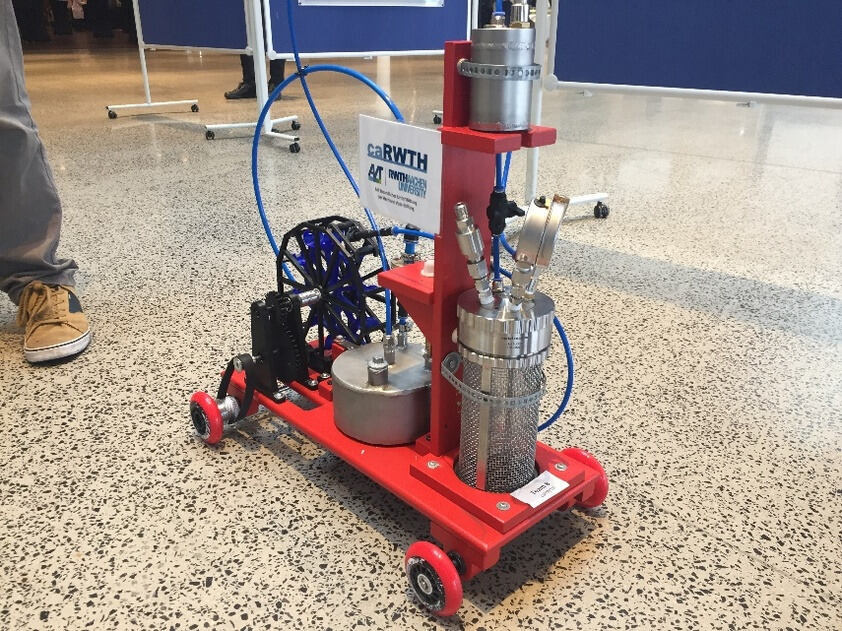 The concept of the turbocharger provides the basis for further considerations of the RWTH team "caRWTH", whose idea is titled: "Energy generated through gas flow." A tangible expression of the team's idea is the pelton wheel. This classic type of turbine uses the kinetic energy of water to generate energy. The team's objective was to operate this type of turbine with gas instead of water.

The students of the RWTH team were able to expand their subject-specific skills with regard to the conceptualization of chemical reactions as well as the exploitation of all the capabilities of facilities and equipment. They also gained experience in self-organizing and project-planning. In 2017, the team earned third place in the competition.

The 2018 team earned fifth place with their model "Non-NurTheoretiCar", a ChemCar based on the mode of operation of the Stirling engine.

In 2019, the RWTH team will launch the “ExzentriCar”, which uses shape memory alloy springs to convert thermal energy into rotational energy.