The Eurobot is an annual interdisciplinary student competition in which teams construct two autonomous robots that will compete against one another in various contests. 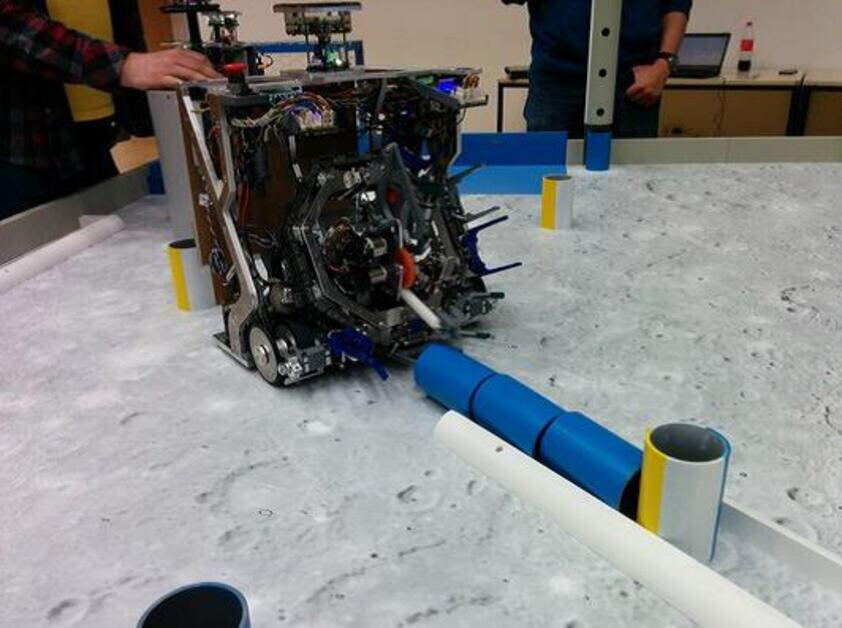 On a designated playing field, the robots have to master tasks assigned to them. Every year in September, new rules for the contest are published by the French organization "Planète Sciences." The theme in 2018, for instance, was "Robot Cities." The robots were supposed to build abstract cities and consider both resources and their environment.

The competition is aimed at students of all technical disciplines. The Roboterclub Aachen e.V. team is a student initiative at RWTH Aachen University, which constructs two autonomous robots every year to enter into the competition and attempt the assigned tasks. Each year, the teams are required to solve new problems, using their creativity and technical expertise. The mechanics, electronics, and software are all designed and developed by the interdisciplinary team.

After the team was able to defend their German championship title in 2017 and thus qualify for the Eurobot final, they earned fifth place in Dresden in the 2018 competition.