You Are Here: Sun Yat-Sen University 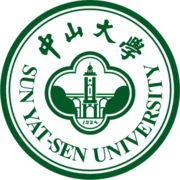 Sun Yat-sen University was founded by Sun Yat-sen in 1924. Yat-sen became the first provisional president of the Republic of China in 1912, which ended the previous empire of over two thousand years. After the beginning of the reform and opening up at the end of the 1970s, it was one of the first higher educational institutions authorized to award masters and doctoral degrees.

The University is considered the best in South China and one of the top ten in the People's Republic of China. It has the largest affiliated hospital system in China and is renowned for its medical school. The QS World University Rankings 2019 placed the University 8th in China.