You Are Here: Laila Kamar 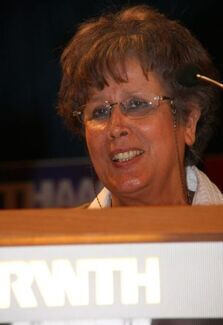 She is already viewed as the "Mother of All Shipbuilding Engineers" in her home country of Egypt: Laila Kamar, professor at Sues Canal University in Port Said. In the mid seventies, the 66 year old Egyptian came to study in Germany with the help of a governmen scholarship. She studied mechanical engineering with a concentration in shipbuilding at the then RWTH Aachen Chair of Shipbuilding, Design, and Dynamics starting in 1974. She completed her doctoral studies, presumedly as the first woman in Germany, in 1985 with a doctoral thesis on the influence of flat waters on the sailing characteristics of ships.

Only, how does one, as a young Egyptian, who saw ships from all over the world sail in and out daily in the second most important port city, Port Said, stumble on the idea to study shipbuilding engineering in Aachen? It could definitely not have been due to the maritime flair of the old emperial city, since it drove Kamar to the three-country corner of all places. Or did the Wurm with its treacherous sand banks awaken her academic ambition in particular manner? The reason is by far much more trivial. She has traveled around Germany before with her husband, who had also completed his doctoral studies in Aachen, and visited a number of other university towns (Hamburg, Hannover, and Berlin). But none of these possible alternatives could hold a candle to the city of Charlemagne.

Aachen instintly captured our heart and even if does not lie on the ocean, it was a bullseye.

After her doctoral studies, Kamar immediately moved back to her home country, where she quickly found a career as an active researcher and in the meantime teaches as a professor as well as being the vice-dean of her faculty. Kamar has maintained close contact with Germany all this time. Even today, when she visits Germany, like during her silver doctoral jubilee in summer 2011, she always comes to Aachen for a few days. "I still have many friends and acquaintances here and it always feels as if I am coming home," said Klamar, with a bit of wistfulness in her voice.