You Are Here: RWTH Aachen Alumni Get Together in Munich on May 11, 2015: "Together, anything is possible!“

RWTH Aachen Alumni Get Together in Munich on May 11, 2015: "Together, anything is possible!“ 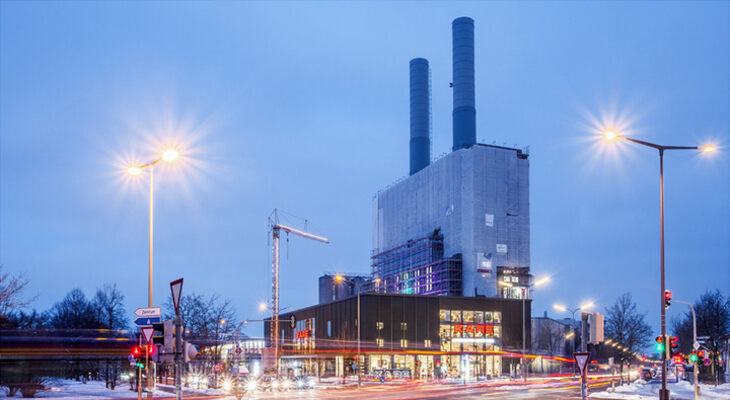 On May 11, 2015, a RWTH alumni get together took place in Munich after a long break. Patent lawyer Marietta Cullinane and communication consultant Stefanie Marek invited alumni to a special tour – namely, of the new KARE furniture flagship store, a former and newly renovated gas thermal station.

The roughly thirty spaces were filled within just a few days. The crowd puller in the south of Munich, the exclusive tour by the project coordinator and architect Markus Stenger, and the get together following the tour, attracted alumni. Two alumni even travelled from Altmühltal over 100 kilometers away to see the industrial monument from inside and out, the "Store of Year 2015," according to the Handelsverband Deutschland.

"Together, anything is possible!“, said architect and project coordinator Markus Stenger at the beginning of the tour, summarizing the formula for success for the renovation project. The solution for collaboration between the contractor, renter, architects, authorities, and residents appears to be the same formula for the future of RWTH alumni in Munich. But more about that later...

First Markus Stenger, from the Munich architecture office Stenger2, showed us details that we wouldn't have even noticed without the tour. How exactly do you turn an abandoned industrial building into a furniture store?

By keeping the industrial character and using unsual designer furniture for the production. Over three years, multiple tons of asbestos and steel were disposed of and the building was renovated to meet current fire codes in such a way that the characteristic core elements of an energy supply building were preserved:

Whether it's the large machine hall with the crane, the gas suction chamber with the rounded concrete pillars or the old circular fan openings, where one today would think they were broken into the walls on purpose, so that the mirrors and lamps are particularly shown off at their best advantage. The unplastered concrete walls offer an appealing contrast to the colorful designer furniture. The building openly shows its old and new function and is very attractive through its transparency:

The renovation concept clearly worked and left the alumni amazed. They enjoyed the opportunity to learn about the building. Many participants wanted to return to look at the extraordinary furniture and home furnishings in quiet.

During the tour Markus Stenger answered the alumni's questions and provided a printed information booklet with floorplans and additional details about the planning and concept. More detailed project information is also available here.

At the end of the tour he showed everyone how a peregrine falcon had taken up residence in the 30 meter high chimney. The peregrine ensured that the characteristic chimneys were preserved but also required a seven-month break in the work due to the brooding season.

The alumni agreed that the tour afforded them a special look at the building and thanked their guide with a round of applause. Stefanie Market thanked Mr. Stenger on behalf of everyone and and presented him with a small gift from the Aachen alumni team, Aachen printen. As a Bavarian, he was already aware that the printen have a characteristic hardness.

With a panorama of the Alps and a view of the Zugspitze, the group ate dinner on the rooftop terrace of the "Küche im Kraftwerk." Many of the participants had not met each other before or just remembered seeing each other at the last get together. However, everyone enjoyed the relaxed atmosphere and felt closely knit as a result of their shared alma mater.

Together, anything is possible. It is clear that the tradition of alumni get togethers lives on in Munich. The combination between an "official portion" with a tour of special places, companies, or ideas, and a joint dinner afterwards is just fun. The name "RWTH Aachen" often opens doors and the support of the alumni team in Aachen makes organizing the meetings easy. How wonderful, that it can continue.

Ideas for other get togethers are appreciated. Please send your suggestions to Marietta Cullinane, Stefanie Marek, or the Aachen RWTH AlumniTeam.

Links about the KARE Power Station