You Are Here: South Korea 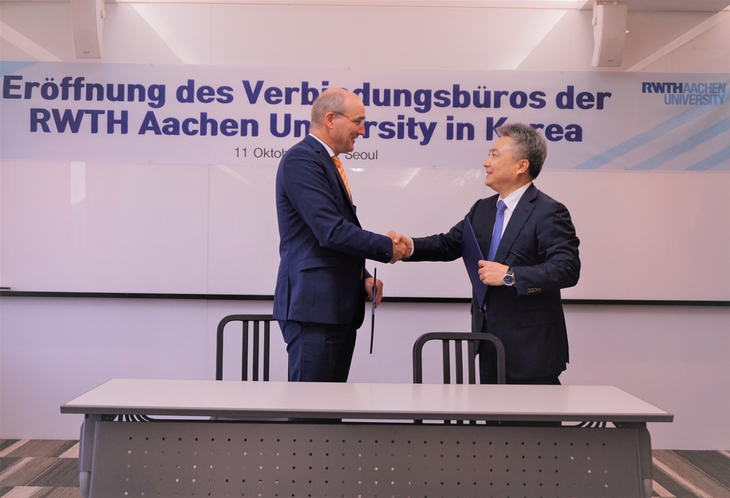 Active Mediators and Helpers for the German Alma Mater

A nationwide association of South Korean RWTH graduates was founded in Seoul as early as the 1970s. The South Korean alumni regularly get together for the annual general meetings and family celebrations at the end of the year.

With the establishment of a central office for alumni contacts at RWTH Aachen University in 2001, the University and the alumni association in South Korea established close ties with one another on the initiative of the then rector, Professor Burkhard Rauhut. These friendly relations were also reflected in the appointment of Doktor Honoris causa Young-Sup Huh, CEO of Green Cross Corporation, as the first foreign honorary senator of RWTH Aachen University in 2002.

RWTH regular participated in university and industry fairs in South Korea as well as delegation trips, which were actively supported by the South Korean alumni as mediators and multipliers. Finally, with the generous support of alumnus Doctor Josef Kim, an RWTH liaison office was opened in South Korea in October 2019.

RWTH Anniversary Celebration in Seoul, March 20, 2020 - postponed due to the coronavirus crisis

Find out here which events have taken place so far