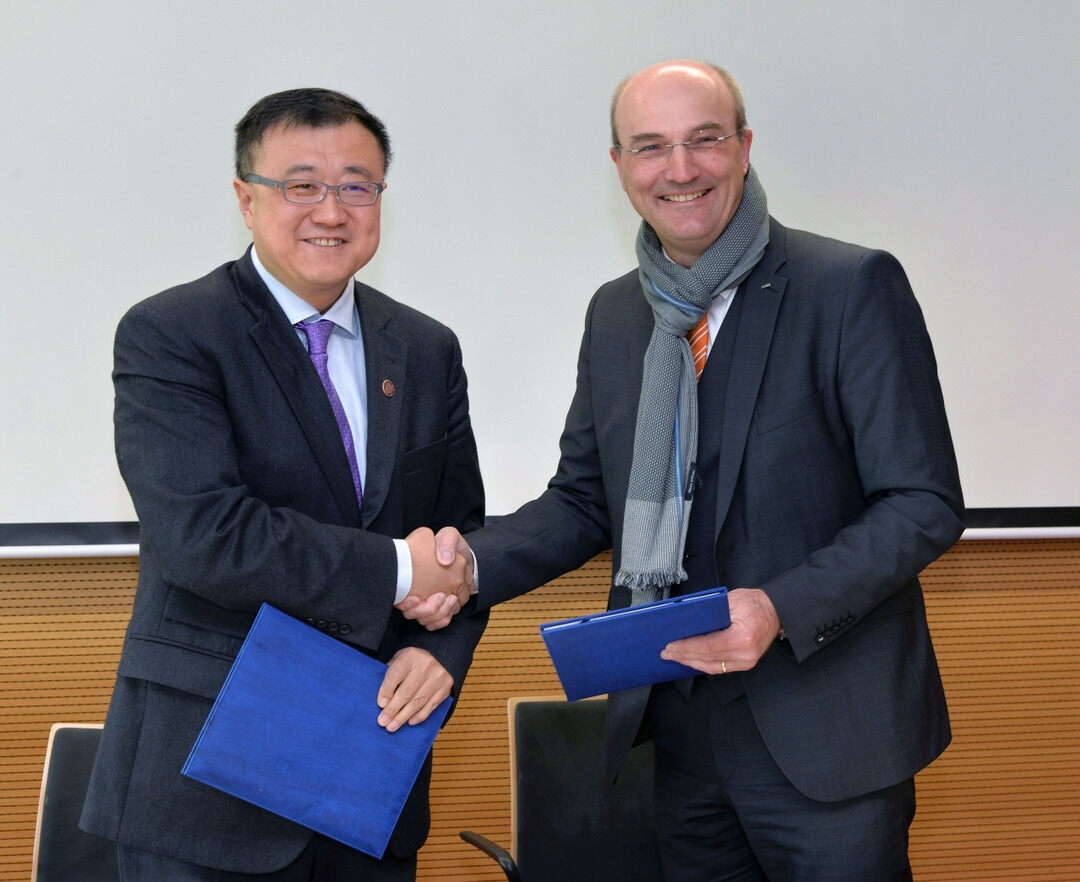 Another important feature of the visit was a ceremony marking 108 years since Tsinghua University was founded.  The number 108 is considered a holy number in many countries in Asia, including China. The ceremony was organized by the German alumni association in Aachen. Former RWTH Rector Burkhard Rauhut and Professor Reinhart Poprawe, Rector’s Delegate for China, attended the event.