Preparing for the Most Demanding Missions in Space

RWTH is building a new cooling system for the Alpha Magnetic Spectrometer AMS-02 installed on the ISS. The astronauts are making preparations for their mission in Aachen. 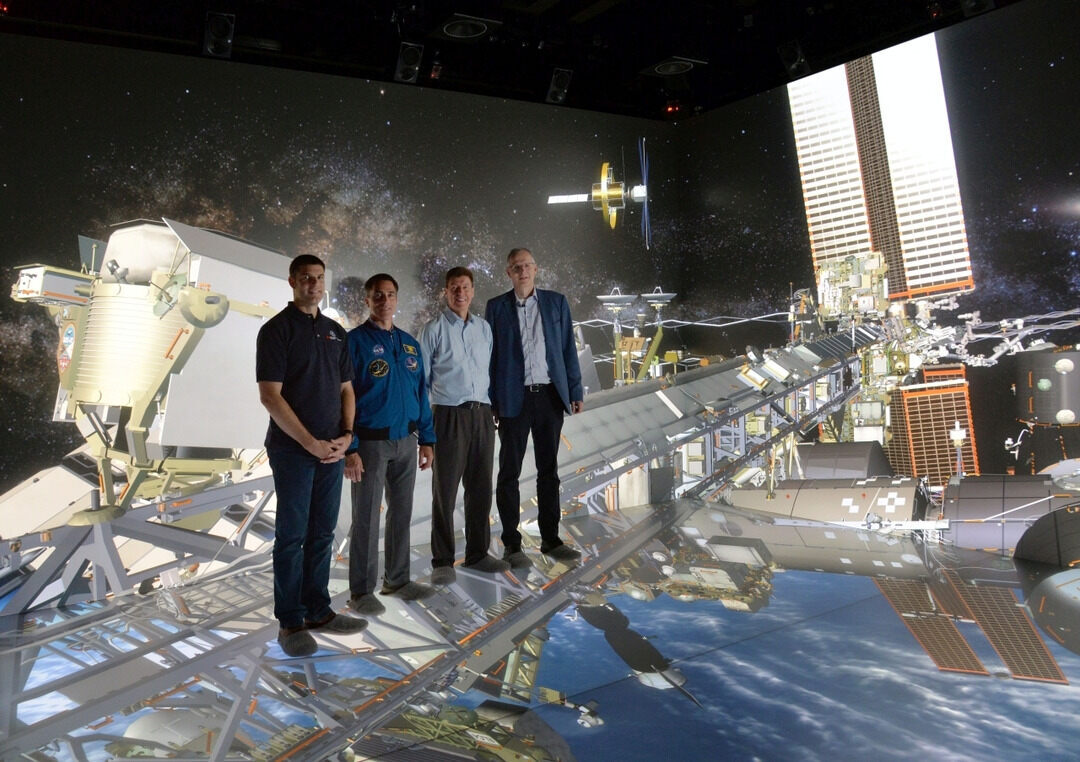 The Alpha Magnetic Spectrometer AMS-02 on the International Space Station ISS urgently needs a new cooling system. The seven-ton spectrometer, which is valued at about 1.5 billion euros, was installed on the ISS in 2011; since then, it has been measuring cosmic ray particles with unprecedented precision. The largest basic research instrument on the space station is set to provide another ten years of insights into the formation of the universe and processes in the vicinity of black holes and neutron stars. Over the last three years, the 200-kilogram cooling system was developed by RWTH, in close collaboration with the Massachusetts Institute of Technology MIT, NASA, and other international research institutions. In total, the team comprised 70 members.

In June, an international crew of astronauts will embark on a mission to ISS so that they can install the cooling system in at least five intensive space operations from November. Astronauts Luca Parmitano (Italy), Andrew R. Morgan (US), Christopher J. Cassidy (US), and Jeremy R. Hansen (Canada) are getting to grips with the cooling system technology at I. Institue of Physics (IA) at RWTH.

A virtual visit of the full-scale AMS-02, which is incredibly realistic, is also planned at the so-called aixCave of the RWTH IT Center. AixCave is one of the largest five-sided virtual reality installations in the world. The follow-up project AMS-100, which is currently in the planning stages and is being developed at RWTH, will also be demonstrated there.

On Friday, May 17, 2019, at 5.45pm, the project leaders and astronauts will hold a public lecture in Lecture Hall H01, C.A.R.L. Lecture Hall Complex, Claßenstraße 11, Aachen. Professor Ting will explain the current research findings in his talk "The ISS – A Global Science Platform in Space," and NASA Associate Administrator for the Human Exploration and Operations Mission Directorate William H. Gerstenmaier and ISS Program Manager Kirk A. Shireman will discuss the future of manned missions. Finally, astronauts Cassidy and Hansen will talk about their missions to the ISS and changing the cooling system in November. The event is free of charge and no registration is required.