You Are Here: World-Leading Expert in Deep Learning

The mathematician Philipp Grohs has been offered an appointment as Humboldt Professor at RWTH Aachen University. 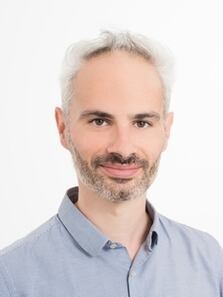 The Austrian mathematician Philipp Grohs, one of the world's leading theorists of machine learning with deep neural networks, has been offered a Humboldt Professorship in Mathematics of Neural Networks at RWTH Aachen University. The researcher is to undertake interdisciplinary research into neuromorphic computing as a key technology of the future.

Grohs, born in 1981, is currently Professor of Mathematical Foundations of Deep Learning at the University of Vienna; previously he has held posts at TU Graz; King Abdullah University of Science and Technology, Thuwal, Saudi Arabia; and ETH Zurich. He is also head of the Mathematical Data Science research group at the Johann Radon Institute of the Austrian Academy of Sciences.

“The award of the Alexander von Humboldt Professorship makes it possible for us to recruit an outstanding personality and a proven expert in the fields of data science, deep learning and numerical analysis. His research priorities will optimally strengthen the University’s overall strategy, especially with regard to our activities within Germany’s Excellence Strategy,” said RWTH rector Ulrich Rüdiger.

He was one of the first researchers to contribute fundamental mathematical results to the understanding of the highly successful and popular methodology of deep learning. Deep learning is used in almost all current speech, image and video recognition systems and is seen as a key technology for autonomous driving and many other applications. To explore and understand the mathematical foundations of deep learning is currently one of the most relevant issues in the field of machine learning.

Grohs has introduced the so-called Geodesic Finite Elements into mathematics, which have become a standard tool for the numerical simulation of problems in nonlinear elasticity. In addition, Grohs is responsible for basic algorithms based on deep learning for the numerical solution of high-dimensional partial differential equations. He has shown that these algorithms show enormous efficiency increases compared to previous methods.

The Alexander von Humboldt Professorship is funded by the Federal Ministry of Education and Research. Worth up to five million euros, it is the most valuable international research award in Germany. The award serves to finance the professorship for a period of five years.

At the time of nomination, the candidate must work abroad and be internationally highly recognized. An interdisciplinary selection committee of the Humboldt Foundation decides on the award recipients. The aim is to sustainably strengthen Germany's international competitiveness as a location for science and research. The Alexander von Humboldt Foundation will provide 3.5 million euros for the scientist's activities in teaching and research.