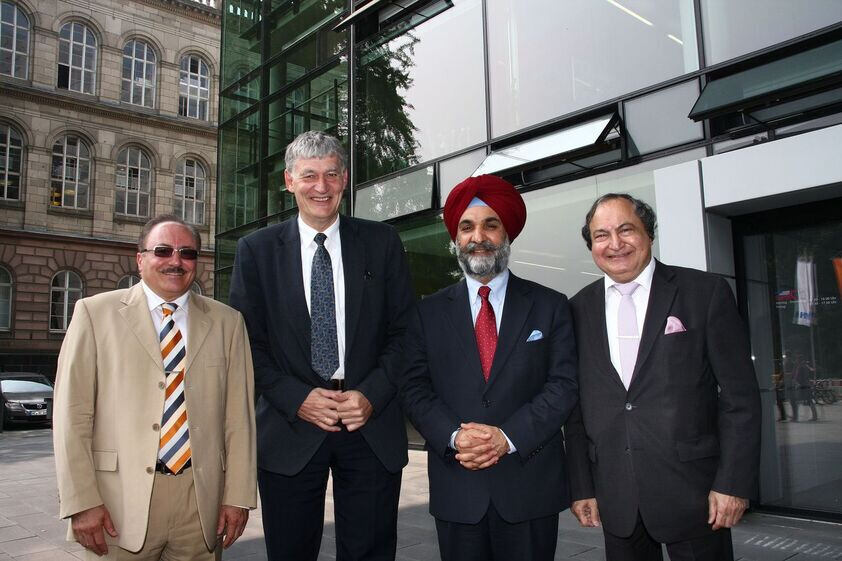 RWTH Rector Ernst Schmachtenberg and Professor Rafig Azzam, the Rector’s Delegate for Cooperation with India, welcomed the guest to the University.

The leading topic of the visit was the Indo-German Centre for Sustainability (IGCS) at IIT Madras, which has been established in 2010 in collaboration with the TU9 consortium of German universities of technology. Also discussed were opportunities and potential for the future extension of collaboration between RWTH Aachen and India.

After the talks, Taramjit Singh Sandhu, who has been the Consul General of India for six months now, met with RWTH students and researchers from India.