You Are Here: ERC Starting Grants for Two RWTH Researchers

Two outstanding early-career researchers from RWTH Aachen, the chemist Paul Kögerler and the computer scientist Bastian Leibe, are receiving a “Starting Grant” from the European Research Council (ERC). The Aachen researchers succeeded in a competitive two-stage selection process and will now receive funding in the amount of approx. 1.5 million Euros each, over a period of five years.

ERC Starting Grants for top-level early-career scientists offer the opportunity to conduct fundamental research and establish or consolidate one’s own research team. The ERC supports groundbreaking, visionary research that transcends the traditional borderlines between basic and applied research and between research and technology. The aim of the grant is to increase the attractiveness and competitiveness of the European research sector. 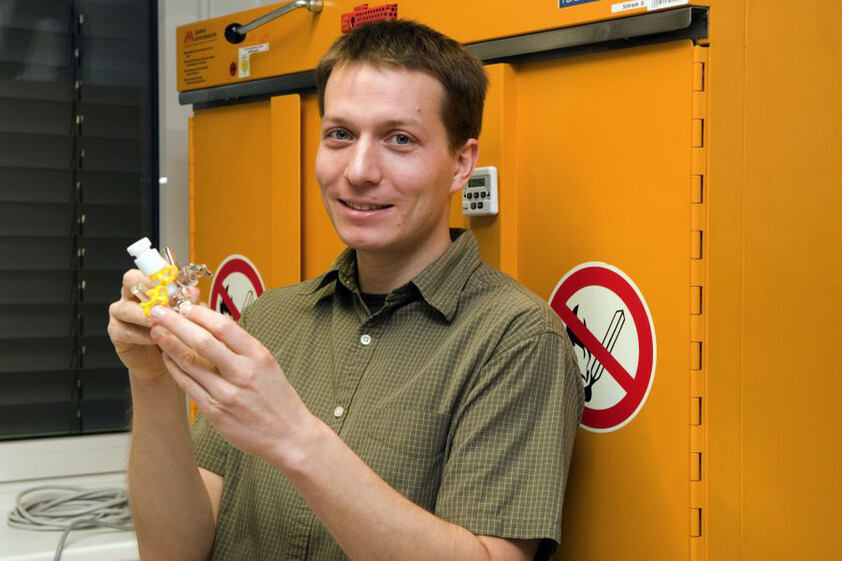 Molecules for the Computers of Tomorrow (Prof. Paul Kögerler)

Revolutionary innovations in microelectronics require new materials: molecular magnets, used as integral transistor components, for instance, are expected to offer several decisive advantages, such as extremely low energy consumption and highly complex switching functions that are hard to realize using conventional semiconductor logic devices. The basis for these properties is the joint utilization of magnetic and electronic quantum states of single magnetic molecules.

In the “Synthetic Expansion of Magnetic Molecules Into Spintronic Devices” project (MOLSPINTRON), Paul Kögerler sets out to tackle one of central difficulties in molecular spin electronics: the precise contacting of the particle. To do so he utilizes highly stable magnetic metal oxide nanomolecules, at whose surfaces the contacts can be made synthetically, i.e. with atomic precision, using both conductive and nonconductive interfaces.

Paul Kögerler, born on July 6, 1971, is a University Professor of Inorganic Chemistry at the RWTH Aachen Faculty of Mathematics, Computer Science, and Natural Sciences. His key research areas are molecular magnetism, metal oxide clusters, and their utilization in information technology and medical diagnostics. 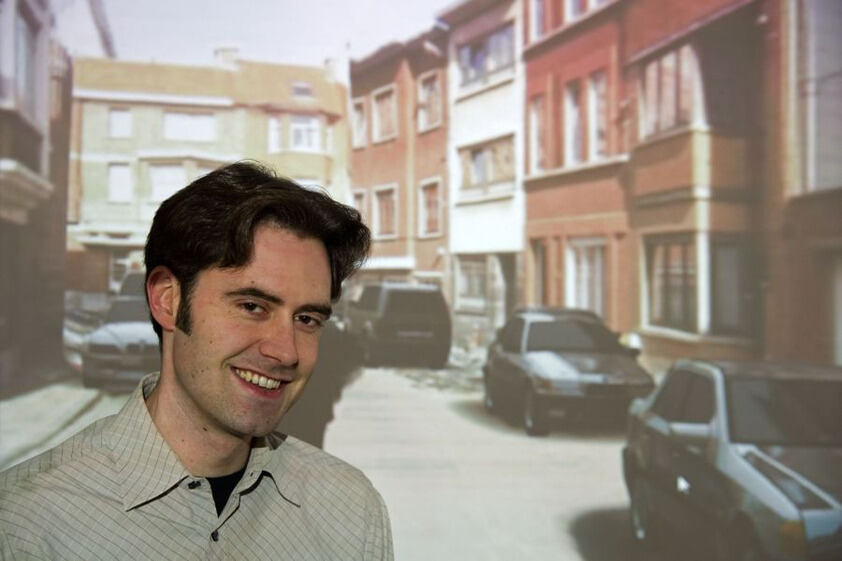 Human vision has to accomplish a multitude of enormous tasks. In just fractions of seconds, for example, human beings are able to grasp highly complex, dynamic environments and to interpret the observed action. Also, it automatically makes predictions about the further movement of observed persons and objects. This capability makes it possible for us to walk through a highly busy pedestrian street without constantly bumping into other people.

Today’s computer systems are still far away from having such powerful vision abilities. Bastian Leibe’s research project “Computer Vision for Scene Understanding from a First-Person Perspective” (CV-SUPER) seeks to change this status quo, as it sets out to develop central algorithms for the visual recognition of complex inner-city scenarios from the viewpoint of a moving human actor. This includes the recognition of other moving objects (people, cars, etc.) and the interpretation of their movements and interactions in the context of the observed scene. The technologies to be developed can be used for multiple applications, such as portable navigation devices for visually impaired persons or future generations of service robots and intelligent vehicles.

Bastian Leibe, born on April 23, 1975, joined RWTH Aachen as a Junior Professor in August 2008. Since November 2011, he is a University Professor at the Faculty of Mathematics, Computer Science, and Natural Sciences and at the Excellence Cluster “UMIC – Ultra-Highspeed Mobile Information and Communication.” His key research areas include the development of computer vision and machine learning techniques, especially for object recognition, tracking, and 3D reconstruction.