He investigates the smallest particles in order to help tumor patients. Dr. Twan Lammers, Head of Work Groups in the Department of Experimental Molecular Imaging at Aachen University Hospital and at the RWTH Aachen Helmholtz Institute for Biomedical Engineering has received a starting grant from the European Research Council, ERC for short, for his research work “Neoadjuvant Nanomedicines for Vascular Normalization”, NeoNaNo. 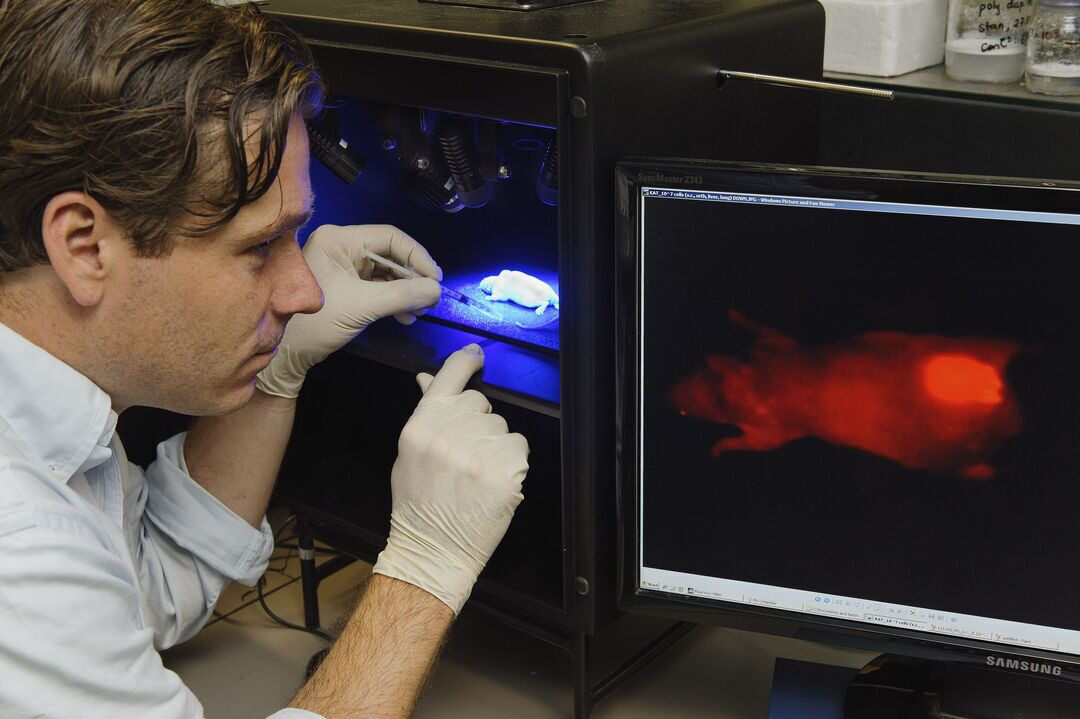 Nanoscale agent carriers, such as polymers, micelles, and liposomes have been clinically used for a few years now to improve the pharmacokinetics, the body distribution, and the tumor concentration of chemotherapies. Typically, these carriers are able to reduce the side effects of cancer inhibiting agents and improve their effectiveness. “The problem, however, is that these targeted nanoagents are only effective if they are combined with other chemo- or radiotherapeutic approaches,” says Lammers. Additionally, it is problematic that not only the tumors themselves but also the vessel structures in the tumors are very heterogeneous, which negatively impacts the blood flow and the permeability of tumor vessels as well as the penetration and retention time of (nano-) agents in tumors.

“In contrast to the current nano-chemotherapeutic approaches, we do not want to directly kill the tumor cells, but rather normalize the vessel structures in the tumors with inflammation-inhibiting nano-agents, in order to improve the efficiency of the radio- and chemotherapeutic processes implemented afterwards,” said Lammers, explaining the goal of the project.

The ERC Starting Grant is targeted towards young researchers starting from the second up to the twelfth year after doctoral studies. The goal is to expand and strengthen an independent excellent research team. A maximum of 1.5 million Euros can be applied for. Representatives who come from third countries or who project contains particularly high investment costs, up to 2 million Euros may be awarded. The NeoNaNo project, coordinated by Lammers, will be funded with a total of 1.4 million Euros until  December 31, 2017.