The Counter Entropy House is finished - on time, after two years of planning and construction, the RWTH student team has completed its contribution to the Solar Decathlon Europe 2012 in Madrid. With the topic of "Re-Use" as its major motif, the team of over 40 students from almost all RWTH faculties has built a house that not only lives up to high architectural and technical standards, but also, due to the re-use of materials, has a minimum ecological impact on the environment. 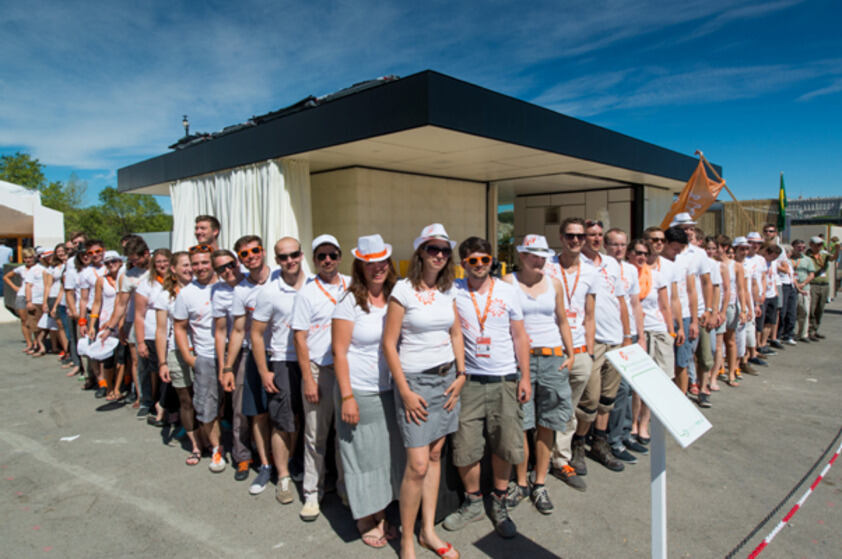 The competition is running until September 29, 2012. In the competition, communication plays also a major role. If you want to support Team RWTH, you can "like" them in social media portals (Facebook, Youtube, Twitter, etc.), as one of the criteria taken into account by the jury is the reach of the team website. Also, you can follow the team on Twitter (@RWTHSolar). And if you want to vote for your favorite team in the audience award, you can do so at Solar Decathlon Audience Award.

The Counter Entropy House can be visited until September 30, 2012, from 4 pm Monday through Friday and all day on the weekends. Fur further information, please visit the Solar Decathlon Europe website.