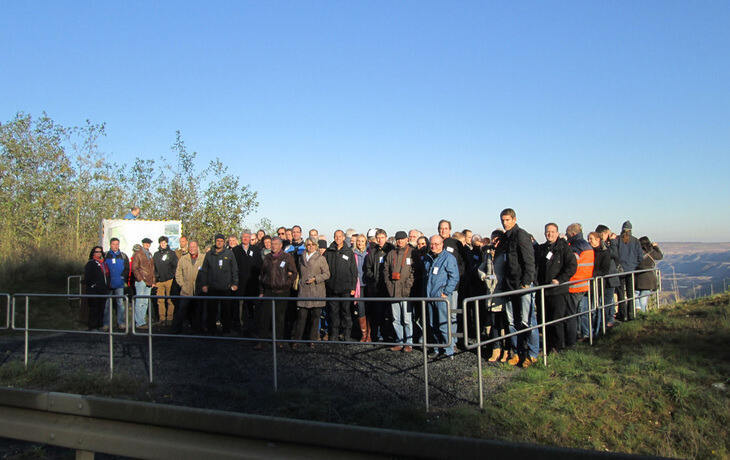 With icy temperatures and the sun shining, 90 participants visited the brown coal Garzweiler strip mine near Grevenbroich on October 27, 2012. Many of the alumni used the opportunity and brought their partner or child. 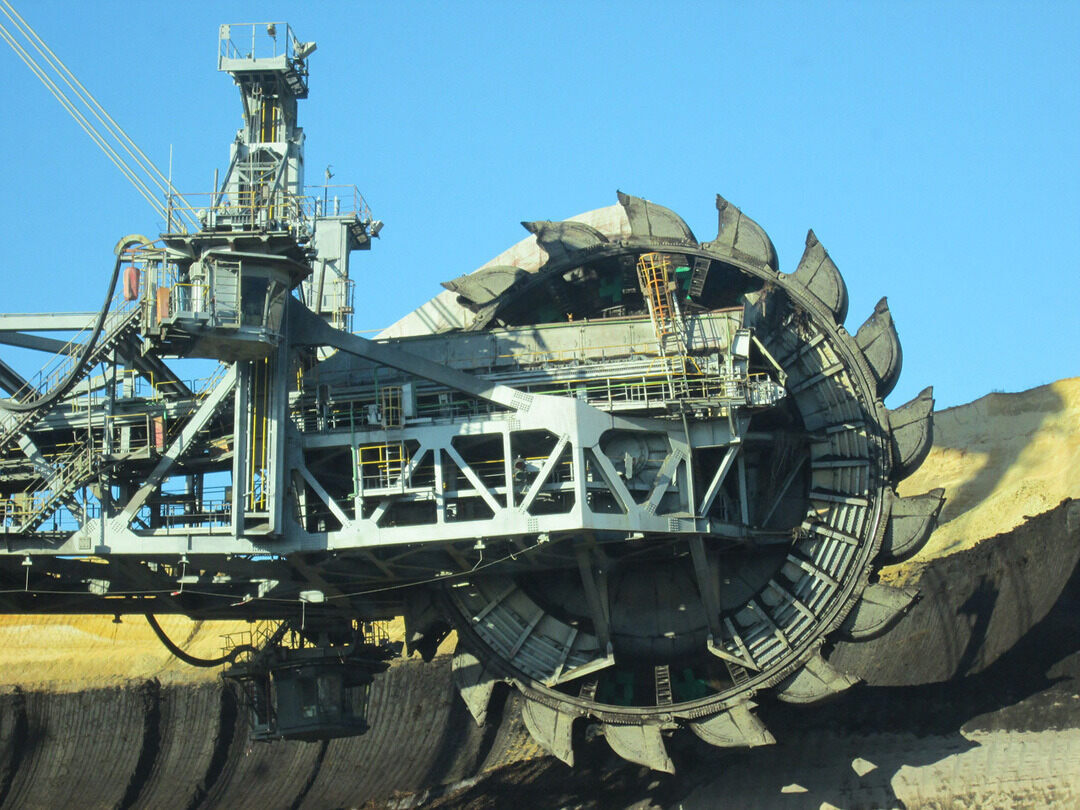 Participants received background information about the large Garzweiler strip mine owned by RWE Power AG during a two hour tour in all-terrain busses. Both of the visit supervisors Mr. Liehs and Mr. Madzar provided details, dates, and information about the history, and coal mining and transport. They were also able to explain a great deal about the machines and the everyday efforts in the strip mine. All of the alumni and their children's questions, including critical queries into resettlement and recultivation,  were skillfully answered. The highlight of the tour was of course a stop at the largest bucket excavator in the world – each of the 12 buckets contains a mass of 1200 kilogramms here alone, about as much as a car!

To end the day, the group met for a meal and discussion at the nearby Schloss Paffendorf.

Many thanks to Dr. Michaelis from proRWTH, who initiated this event, Mr. Gerhard Hofmann, head of the RWE Power Weisweiler power plant and proRWTH member, and to Mr. Lutz Kunde, Head of the Garzweiler Strip Mine.